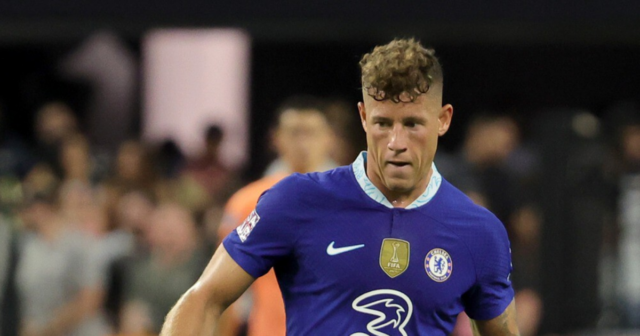 CHELSEA have dropped a HUGE transfer hint on six of their stars after they were not given squad numbers for the upcoming 2022-23 season.

Players include Ross Barkley and Michy Batshuayi, who cost the Blues a total of £50million in transfer fees.

The two players have spent a number of spells out on loan.

Batshuayi, 28, had loans at four different clubs, including two stints at Crystal Palace.

While Barkley, 28, played out his loan spell in England at Aston Villa.

A number of Chelsea’s young stars have not been handed squad numbers either.

It could be a hint towards where their futures lies with Fabrizio Romano reporting that Levi Colwill, 19, will join Brighton with Marc Cucurella going to Stamford Bridge.

Ethan Ampadu, 21, Kenedy, 26, and Billy Gilmour, 21, have also all been snubbed for squad numbers.

The six players could be making way for more new arrivals.

Chelsea have been linked with Inter Milan’s Denzel Dumfries.

A move for Aubameyang would see the striker return to the Premier League just seven months after he left Arsenal for the Camp Nou.