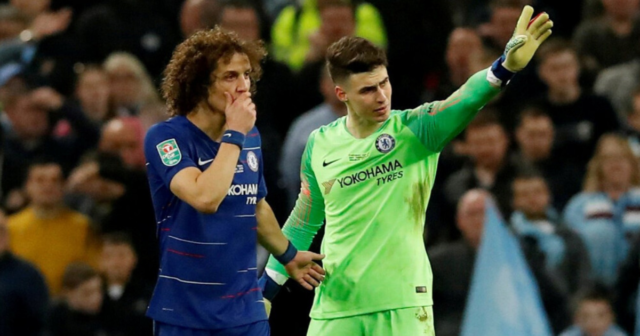 KEPA ARRIZABALGA has blamed fans at Wembley for his astonishing Carabao Cup bust-up with Maurizio Sarri – and apologised for refusing to come off.

The Spanish goalkeeper, 26, incredibly stayed on in the 2019 League Cup final, despite his manager calling for him to be substituted.

Willy Caballero was ready to come on during extra-time after Arrizabalaga stayed down apparently injured.

But when the board went up, the club-record £71.6million signing shouted towards Sarri and assistant Gianfranco Zola on the touchline, insisting he was fine to carry on between the sticks.

Team-mates even begged him to go off but Arrizabalaga stood his ground while Sarri momentarily stormed down the tunnel.

Kepa continued as Chelsea lost to Manchester City in the penalty shootout – and now he has shared his recollections of that eventful afternoon at Wembley.

He told The Players’ Tribune: “It was all a big misunderstanding.

“Manchester City were dominating the game in extra-time and there was barely any time left until penalties.

“After making a save, I felt something in my leg and I called for the physio to make sure it was nothing. Above all, though, I wanted to make sure that we as a team could catch our breath.

“Suddenly, I saw that the coach, Maurizio Sarri, had sent Willy Caballero to warm up. He thought I couldn’t go on.

“My intention, right or wrong, had only been to waste time to help the team. I didn’t have any serious problem that was going to keep me from continuing to play.

“I tried to signal that I was okay, that I wasn’t injured. But we were at Wembley in front of more than 80,000 people, so of course Sarri didn’t understand me.

“When the fourth official raised the board, clearly I should have come off, and I’m sorry I didn’t.

“I was wrong, and I am sorry for everyone who was involved: for Maurizio Sarri, who it seemed like I had undermined in public, for Willy, a team-mate and a great professional, and for all my team-mates and Chelsea fans who had to put up with everything — all the noise that was generated during the game and then in the days after.”

The situation was cleared up inside Chelsea pretty quickly.

But Arrizabalga – now behind Edouard Mendy in the pecking order at Stamford Bridge – was vilified for his stubbornness, with many insisting he should have respected the manager’s decision.

He added: “Inside the club, it was no big deal. I had a chat with the boss, we talked about how we had each seen the situation, and we cleared the air.

“After that, I got dropped for one game, but a week later I was back in the team.

“I remember playing a great game against Fulham, and that was it. A couple of months later we knocked Frankfurt out of the Europa League semi-finals and I saved two penalties in the shootout.

“Internally, everything was fine again. But outside the club, it got out of control.

“When I picked up my phone in the dressing room after the League Cup final, I realised that I had become worldwide news.

“For the next three or four days it didn’t stop. It was overwhelming. And clearly, most people who saw the pictures thought that I had disrespected Maurizio.

“I felt misunderstood because it had never been my intention to snub the coach. I had only tried to tell him I was okay. I tried to explain this to the press, but I couldn’t.

“Luckily, now it is just an anecdote from the past. I still have a fantastic relationship with Maurizio.

“And next time, in a similar situation, I will know what to do. But it is an example that not everything is what it seems from the outside.” 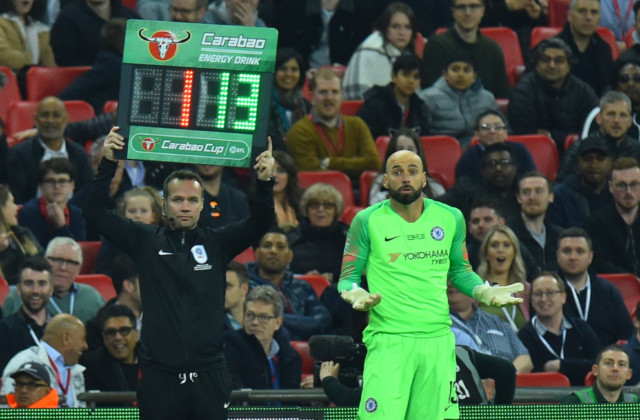