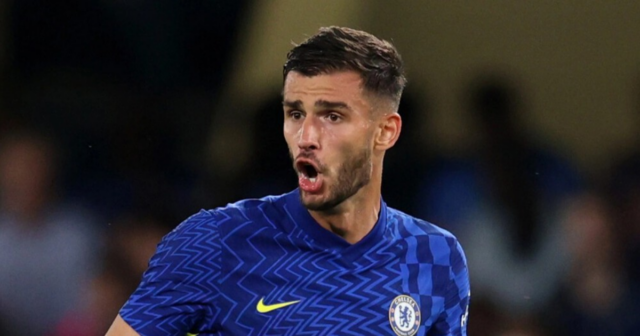 CHELSEA outcast Matt Miazga has agreed a deal to join MLS side FC Cincinnati, according to reports.

The defender, 27, joined Chelsea in 2016 but made just two appearances for the Blues.

They both came in the season he joined, 2015-16, but Miazga quickly fell out of favour and was loaned out multiple times.

A few months after signing for Chelsea Miazga joined Vitesse, where he spent two years on loan.

Spells at Nantes, Reading and Anderlecht followed and the centre-back spent last season on loan at Alaves.

Miazga was never part of Thomas Tuchel’s plans so Chelsea were happy to let him leave, as is the case with other unwanted players.

Ross Barkley and Michy Batshuayi, both 28, are two players listed for sale with neither given a Premier League squad number.

Ethan Ampadu, 21, Kenedy, 26, and Billy Gilmour, 21, have also all been snubbed for squad numbers.

Chelsea could also save money by getting rid of that trio along with Malang Sarr who reportedly earns £120,000 a week.

But instead a different defender is on the verge of leaving – Levi Colwill.

The England under-21 international is set for another loan move, this time to Brighton as part of the deal which will see Chelsea sign Marc Cucurella.