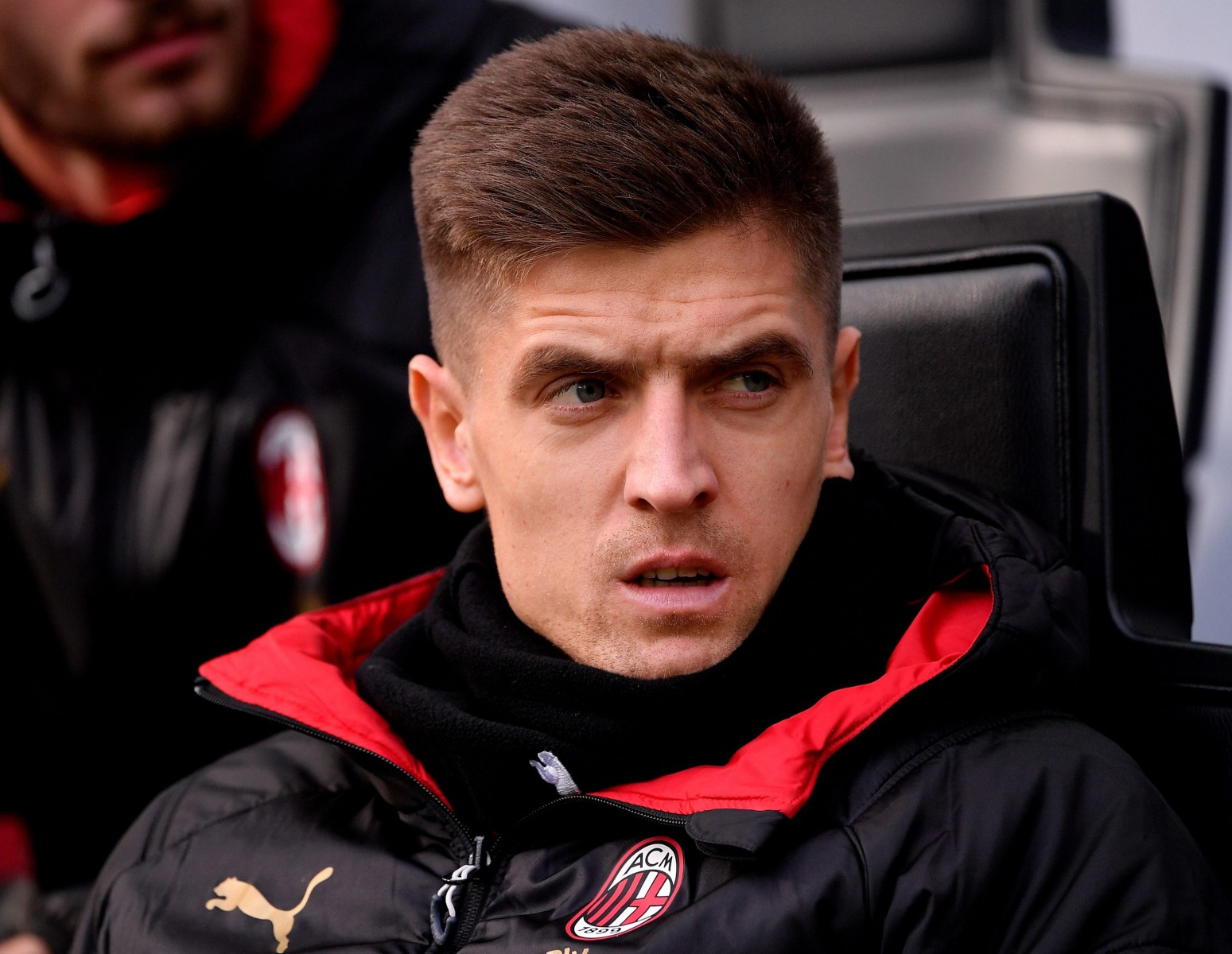 CHELSEA have been offered the chance to hijack Tottenham’s pursuit of AC Milan striker Krzysztof Piatek, it has been claimed.

Spurs are keen to sign the Polish forward to fill in for the injured Harry Kane but their bitter London rivals could beat them to it.

Tottenham had started talks with Real Sociedad over their striker Willian Jose, but discussions have reportedly stalled, forcing the North Londoners to revert back to the San Siro.

But Piatek’s agent has offered him to Chelsea in a bid to make certain of a Premier League move, according to Italian football journalist Nicolo Schira.

Other reports claim the Italian giants want around 25million for the 24-year-old but Tottenham are not willing to pay it.

They are said to prefer a six-month loan with an option to buy.

But having forked out 29.5m to land Piatek from Genoa last January, the San Siro outfit want to recoup the cash now.

Milan would reportedly accept a loan with an OBLIGATION to buy but not an option.

Tottenham appear to be in pole position to land the striker but if Olivier Giroud‘s proposed move from Stamford Bridge to Inter Milan goes through, Chelsea may up their efforts.

It had been reported the 33-year-old was on the brink of joining the San Siro side having already agreed personal terms.

But Chelsea’s 4million valuation remained a stumbling blockwith Inter not keen to fork out the fee on a player who will be available for nothing in the summer.

The Blues have a track record of stealing Tottenham’s targets, having nipped in to sign Willian from under their noses in 2013.