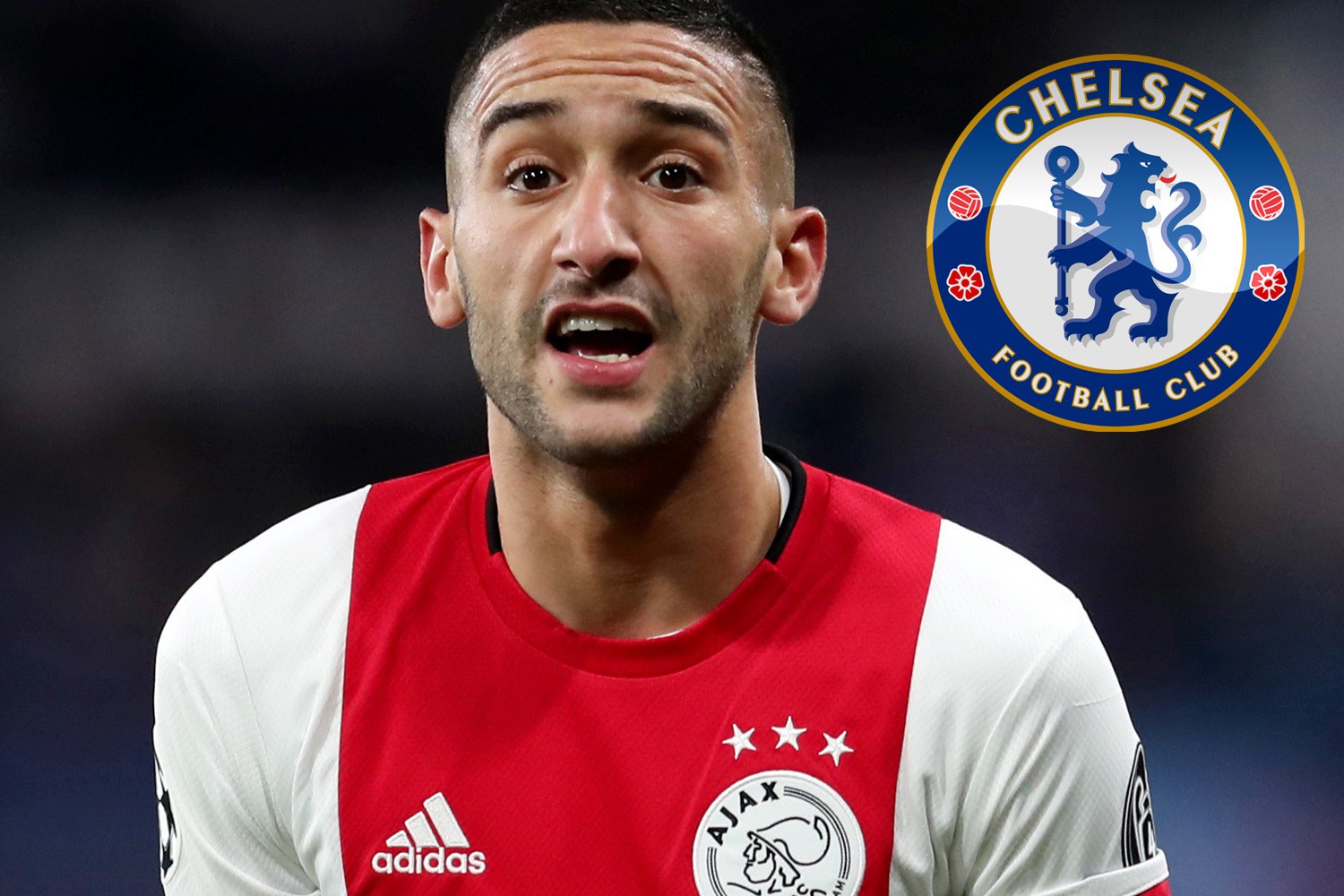 CHELSEA have jumped ahead of Manchester United in the race to sign Ajax midfielder Hakim Ziyech.

The 26-year-old attracted plenty of interest in the summer on the back of some impressive displays in the Dutch side’s run to the Champions League semi-finals last year.

But despite signing a new contract until 2022 earlier this season which removed a 25million release clause, Ziyech has been told he can move if the price is right.

The Moroccan international, as well as Leicester full-back Ben Chilwell, have been identified as key signings for Chelsea boss Frank Lampard, according to ESPN, as he eyes a summer spending spree.

However, the Blues will face a battle for his signature, with United and Paris Saint-Germain also thought to be keen on the attacking midfielder. who could now cost closer to 42.5million.

Ziyech, who could now cost closer to 42.5million, has also been linked with a move to Arsenal and even described the Emirates as his dream destination.

In an old Q&A video with former Ajax teammate Justin Kluivert, Ziyech was asked which clubs he’d like to play for in the future.

He said: “Well, I have two clubs. They are Arsenal and Barcelona.

“That is my ultimate dream.”

Ziyech has eight goals and 18 assists in all competitions this season and impressed again in the Champions League, facing off against Chelsea twice in the group stage.

Lampard has been desperate to bring in some attacking power in the January window.

His side are fourth in the Premier League but he has bemoaned their inability to finish teams off.

He will have been boosted though by the news that Tammy Abraham could be fit to face Leicester on Saturday.