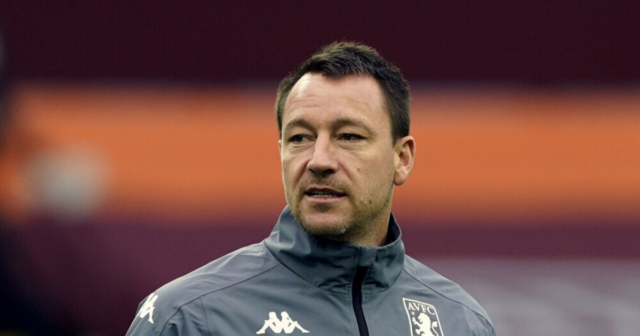 JOHN TERRY wants his former England Golden Generation team-mates to be recognised with a knighthood for their services to football.

The Chelsea legend revealed his disapproval of the 2022 New Years Honour list.

No current or ex-footballer was included on the list – though England assistant manager Steve Holland was given an MBE and Chelsea Women manager Emma Hayes received an OBE.

But Terry could not understand why several of his former England team-mates have again been overlooked.

“We are talking the BEST of the BEST EVER?”

But Neville cheerfully dismissed the suggestion, replying: “I don’t think I’m anywhere near, but I’d rather have a most improved player award for a Sunday team than an award off this lot.”

It is not the first time Terry has called on a former football to be honoured with such a distinction.

A few weeks ago the former England captain called on David Beckham to be knighted after Sir Lewis Hamilton’s investiture.

He posted a photo of Beckham on Twitter and added the caption: “Time for this man to get his KNIGHTHOOD.”

Beckham was capped 115 times for England, scoring 17 goals in what was a sensational career playing for his country.

He also made 394 appearances for Manchester United before spells at Real Madrid, PSG, AC Milan and LA Galaxy.

But a knighthood is an honour only a privileged few in football have received including Sir Geoff Hurst, Sir Bobby Charlton, Sir Trevor Brooking and Sir Stanley Matthews.

In this article:chelsea, Hamilton, manchester united