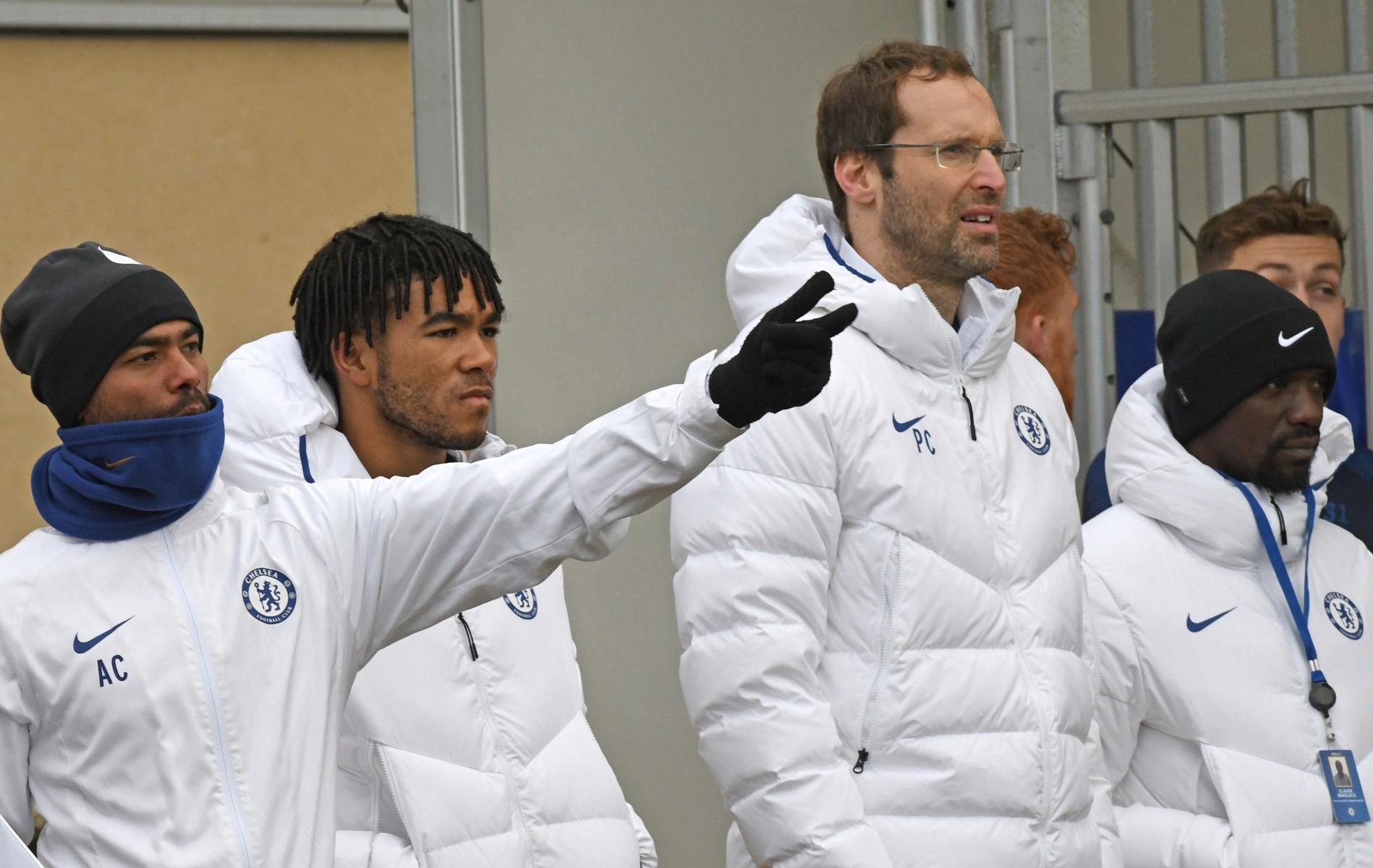 CHELSEA legends Petr Cech, Ashley Cole and Claude Makelele were all in attendance as the clubs Under-18s blew a two-goal lead against Arsenal on Saturday.

Chelseas kids were 2-0 up in the 80th minute after dominating the game at Cobham, with Marcel Lewis and Joe Haigh both getting on the scoresheet.

However, Arsenal stormed back in the final ten minutes as shots from Sam Greenwood and Matthew Dennis their only two attempts of the game both found their way into the Chelsea net.

And Cech, Cole and Makelele will not have been pleased with how things ended.

Cech is working at Chelsea as their new Technical Director, joining alongside manager Frank Lampard after retiring at the end of last seasons Europa League defeat final to Maurizio Sarris Blues.

Meanwhile, Cole is back at the club working as a coach with the Under 18s.

And Makelele is Chelseas loan manager, responsible for keeping tabs on promising kids playing elsewhere while sorting out moves for those still at the club.

The trio were joined by former Chelsea kid Reece James, who is now starring in Lampards first team.

Also in attendance were Super Franks right-hand men Jody Morris and Joe Edwards, who both previously worked as youth team bosses before moving up to the senior side.

Chelsea play Nottingham Forest in the FA Cup on Sunday, and the pair could be taking charge of the team as Lampard recovers from a bug which has laid low some players including Fikayo Tomori.

The Blues are currently fourth in the Premier League table, 22 points behind leaders Liverpool and just five ahead of Manchester United.