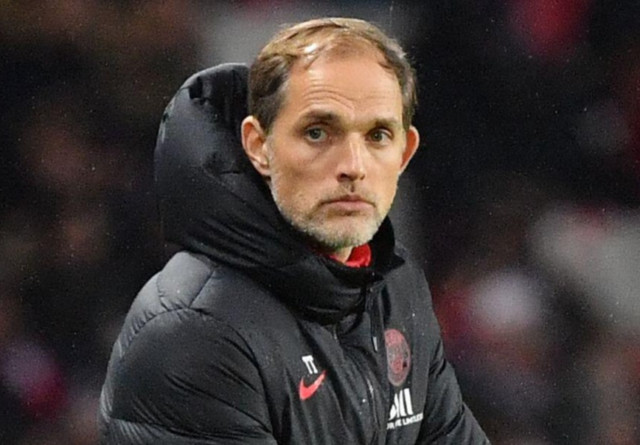 CHELSEA are ready to move for Thomas Tuchel if boss Frank Lampard fails to turn things around.

Lampard is under mounting pressure following an alarming dip in form — but SunSport understands he is in no immediate danger of being sacked.

Yet the sudden availability of Tuchel, following his axing by Paris Saint-Germain last month, has put Stamford Bridge chiefs on alert with a view to a possible change in the summer if results do not improve.

Chelsea’s 3-1 humbling at home to Manchester City on Sunday was their fourth defeat in six games.

Lampard is halfway through his three-year contract and insists erratic results are a natural part of his team-building process after spending more than £220million last year on six new players.

Tuchel reached the Champions League final with PSG last season and was linked with taking over at Arsenal before Mikel Arteta got the job just over a year ago.

It is understood the German, 47, is keen for his next role to be in the Premier League.

Winger Christian Pulisic admits the tension is cranking up  and that ninth-placed Chelsea need to deliver soon.

The American international, 22, said: “We’re in a tough period. It’s not going to be easy but we need to show character now.

“We have some games coming up where we need to turn it around quickly and start putting together a run of results.”

Lampard, 42, admits to working under constant ‘heat’ from his bosses in the boardroom — but he is also facing questions from within his dressing room.

There is growing frustration that some of the expensive signings in 2020 are taking too long to settle, while his team-selection policy is also raising questions.

In particular, £36.7m winger Hakim Ziyech was put straight into the line-up to face City having missed six games with injury.

Lampard says he will not tolerate anyone in his squad refusing to operate with a group mentality.

Blues owner Roman Abramovich has a history of wielding the axe relatively quickly — with Lampard the 13th managerial change since the Russian’s 2003 takeover —  but in recent times that has been tempered.

Lampard’s predecessor, Maurizio Sarri, kept his job for a season despite being hugely unpopular among  fans for his playing style.

Before him, Antonio Conte stayed in post for two years even though he would publicly criticise the club over transfers.