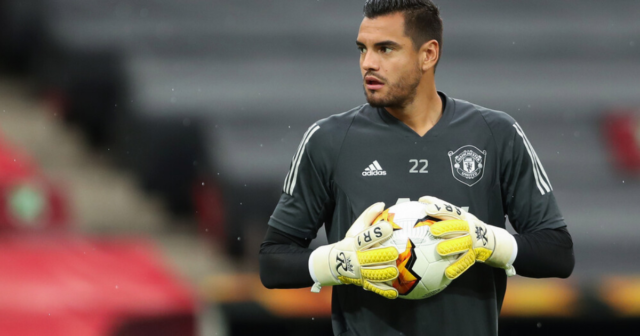 CHELSEA could turn to ex-Manchester United keeper Sergio Romero in their hunt for a third-choice stopper, reports say.

Thomas Tuchel is searching for more reinforcements between the posts after Argentine Willy Caballero, 39, was released in the summer.

Sergio Romero is linked with a move to Chelsea

According to The Telegraph, Caballero’s countryman Romero, also without a club, is emerging as a possibility.

He has been at United since 2015 and largely provided backup for long-time No1 David de Gea, 30.

But after the emergence of England’s Dean Henderson, 24, last season, Romero, 34, fell further down the pecking order.

He was due to join Everton on loan before the start of last campaign until United blocked the move at the last minute.

After being completely outcasted from the Old Trafford setup, Romero spent much of last season away in Argentina.

He has since been linked with moves to Juventus, Everton again and now Chelsea.

The Blues moved for Edouard Mendy, 29, from Rennes last summer and the Senegal international replaced Kepa Arrizabalaga, 26, as No1.

Mendy kept 25 clean sheets in his 45 appearances, including one in the Champions League final win against Manchester City.

Kepa, who in 2018 became the most expensive keeper ever at £71.6m, managed just 14 games last season, six coming in the FA Cup.

The Spaniard has been in talks to leave before but his wages of around £150,000-per-week would prove a stumbling block.

A transfer back to Spain, initially on loan, has been mooted in the past with Mendy now established as Chelsea’s first-choice keeper.

Chelsea have also been linked with a move for Middlesbrough’s Marcus Bettinelli, 29, and Wayne Hennessey, 34, who instead joined Burnley.