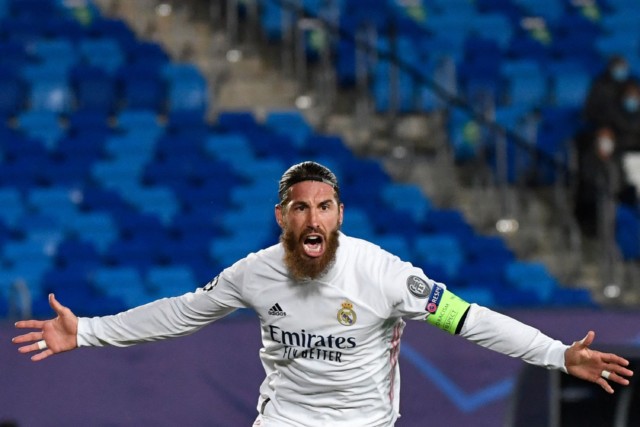 CHELSEA have joined the transfer race to land Real Madrid legend Sergio Ramos, according to reports.

The Spaniard dropped a huge bombshell last week after announcing he was leaving Los Blancos after 16 years.

Chelsea are ready to join the transfer race for Sergio Ramos

His availability is set to spark a tug-of-war across Europe with Paris Saint-Germain, Bayern Munich and Manchester City all preparing to make their move.

But AS write how Thomas Tuchel’s Blues have also joined the pack.

The German boss wants a new central defender in his ranks to play alongside Antonio Rudiger and bolster the competition.

Ramos, 35, would be open to entertaining offers from the European champions although is expected to assess every possibility before making his final decision.

Chelsea may face an uphill battle to convince Ramos to join the project at Stamford Bridge over PSG.

The report adds how the French giants are leading the race because Ramos is excited at the prospect of playing alongside Neymar.

He will also reunite with pals and former Real Madrid team-mates Angel Di Maria and Keylor Navas while Cristiano Ronaldo is also heavily linked with a move.

Ramos is also tempted by the lifestyle in Paris and believes his wife and four children would feel most settled in the French capital.

Reports in Spain last week suggested Ramos has already told friends he is on his way to PSG.