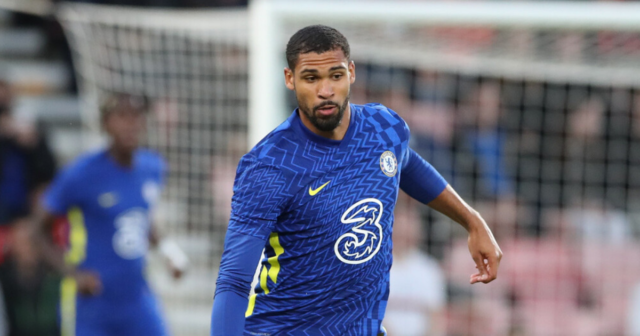 CHELSEA are looking into sending Ruben Loftus-Cheek to Germany’s Bundesliga to get his career back on track.

The former England midfielder, 25, is currently out of the picture at Stamford Bridge.

Ruben Loftus-Cheek could be heading to Germany from Chelsea

There is still plenty of Premier League interest in the star.

That is despite him having a quiet campaign at relegated Fulham.

But Germany can prepare him for a return — or increase his value.

A bad heel injury ended Loftus-Cheek‘s 2018-19 campaign before the Europa League final win over Arsenal, after a career-high 40 appearances during the season.

And his opportunities at the Blues have been limited since.

The England international spent 2020-21 on loan at Fulham.

But he endured a difficult campaign as the Whites were relegated and he contributed just one goal.

SunSport understands Southampton are also keen on his services.

The 25-year-old midfielder has recently been linked with a move abroad to jump-start his career.

Ex-Blues boss Maurizio Sarri was said to be interested in bringing him to Lazio.

And last month it was rumoured Chelsea wanted to add him to a five-player package swap for Inter Milan star Achraf Hakimi.