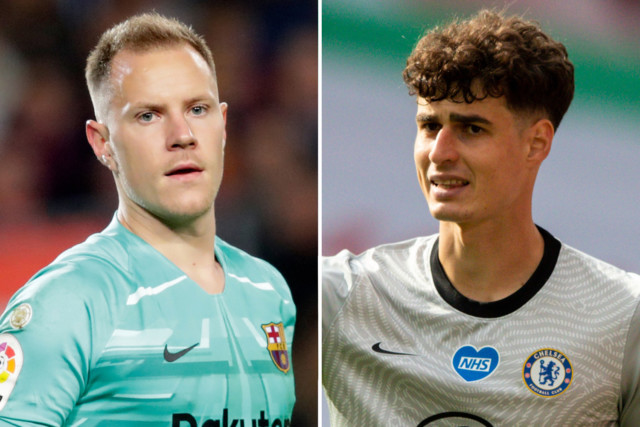 The Blues paid a world record £71.6million fee to sign the Spaniard from Athletic Bilbao in 2018 – but he has failed to live up to his billing.

According to Spanish outlet Cadena Ser, the Blues have made a move to sign Ter Stegen.

But Frank Lampard’s side are set to face a fight from a number of “major European clubs” who have put offers on the table.

Bayern Munich are also said to be chasing the highly-rated German stopper, whose contract expires in 2022.

He has kept 14 clean sheets in 36 top-flight appearances.

SunSport exclusively revealed that Kepa fears he has played his last game in Blue and he expects Willy Caballero, 38, to get the nod over him in Saturday’s FA Cup final against Arsenal.

The troubled keeper was axed for the Chelsea’s final Prem game against Wolves last Sunday and Caballero kept a clean sheet in a 2-0 win.

It was seen as punishment for the five goals he conceded four days earlier, when Chelsea lost 5-3 at champs Liverpool. 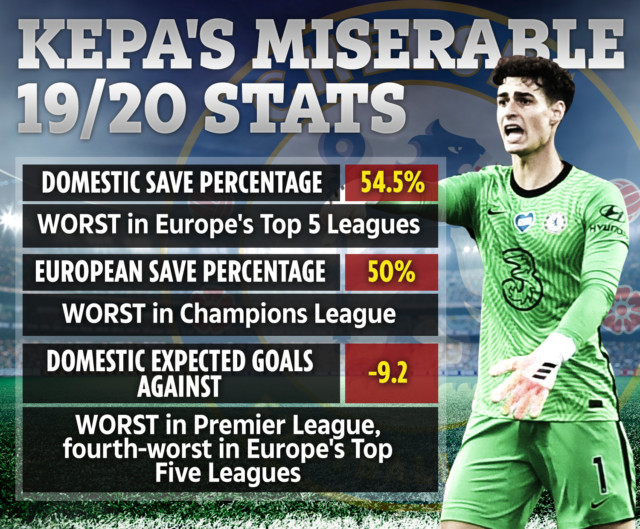 The West Londoners conceded 54 goals this season – the most of any top-half team.

Alarming stats recently revealed that Kepa has conceded 11 Premier League goals more than the “average” goalkeeper is expected to concede.

This worrying figure is the worst total of any goalkeeper in the top-flight.

And the Spaniard has conceded EIGHT PER CENT of Chelsea’s all-time Premier League goals and he has only been there for TWO seasons.

Sky Sports pundit Jamie Carragher reckons Frank Lampard’s side will not be able to challenge for the top-flight title with Kepa between the sticks.

And his OWN teammates even turned against him when they faced off with the Reds.