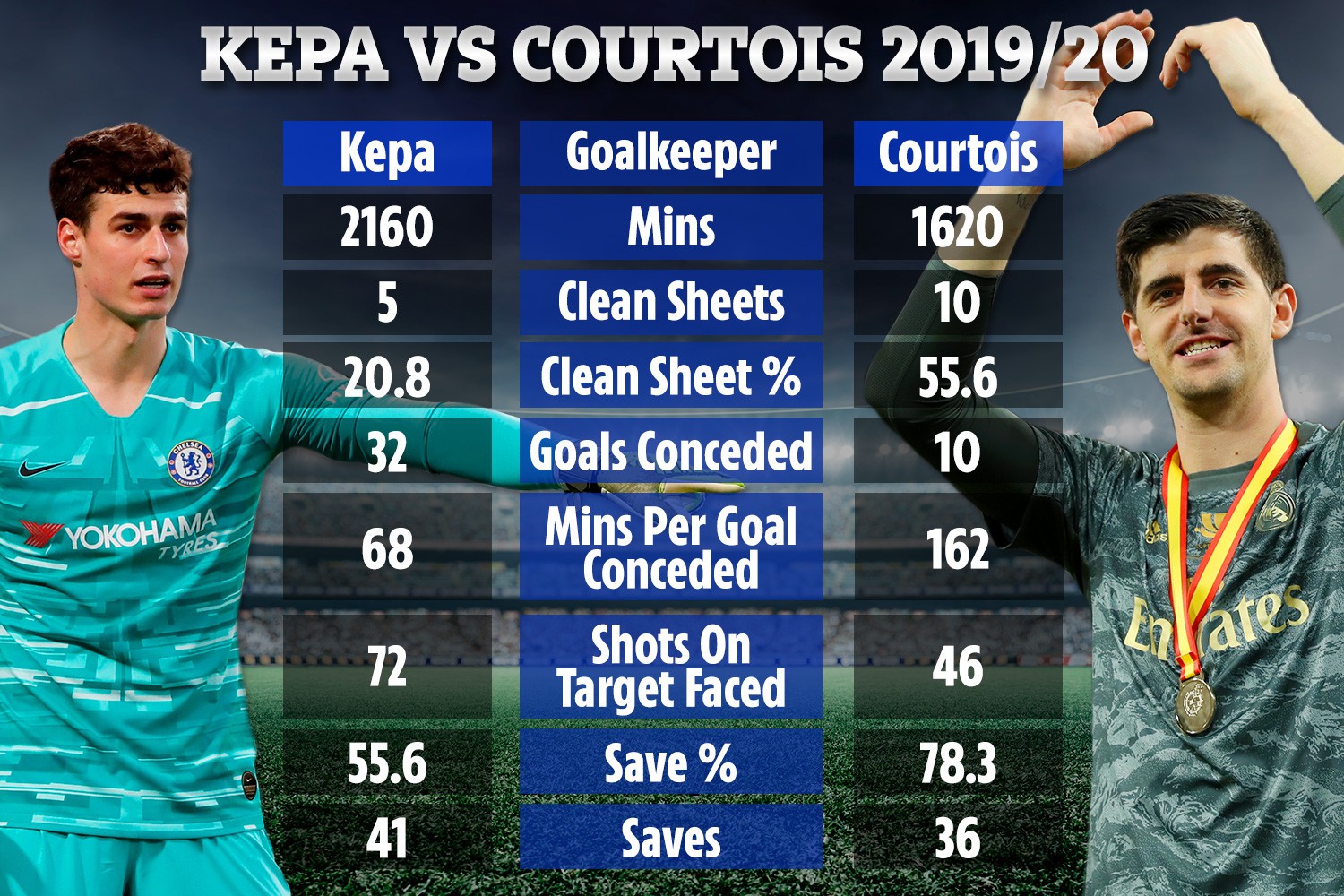 Meanwhile at Stamford Bridge, Kepa Arrizabalaga has come in for plenty of criticism in recent weeks with links of his future being at risk.

Real Madrid have conceded just 13 goals as they sit top of LaLiga, fewer than any other side in Europe’s big-five leagues.

Atletico Madrid, Paris Saint-Germain and Stade Reims have all shipped 14 so far this term with Liverpool and Athletic Bilbao on 15.

The sternest defence in Serie A is Inter Milan’s (18 conceded) while in the Bundesliga it is Borussia Monchengladbach (21).

But it is the comparisons between Courtois and Kepa so far this season that will be most alarming for Chelsea fans.

The Belgian forced his 38million move to the Bernabeu in the summer of 2018 before Kepa arrived from Bilbao for a world-record fee of 71.6m.

Courtois struggled in his first season back in Spain, while the Spaniard’s debut campaign with the Blues was overshadowed by his Carabao Cup final antics, refusing to be subbed off in the late stages at Wembley.

But they have experienced very different fortunes in 2019/20.

Kepa, 25, has played 540 more league minutes but kept just five clean sheets to Courtois’ ten – that works out as a clean sheet percentage of 20.8 per cent to the Belgian’s whopping 55.6 per cent.

Courtois has conceded ten – Alphonse Areola shipped the other three – to Kepa’s 32 and at a far better minutes-per-goal ratio of 162 to 68.

But arguably most concerning of all for Frank Lampard will be the stark contrast in the save percentage.

And it is not just the stats that do not make pretty reading for the Spaniard.

Kepa has come under heavy criticism for his lack of presence in the penalty area and failure to deal with shots world-class goalkeepers probably would, such as Isaac Hayden’s header for Newcastle this month.

That led to reports that Chelsea were looking at signing a new goalkeeper, with both Vicente Guaita and Nick Pope linked with moves.

And Lampard warned he is not afraid to drop the world’s most expensive goalkeeper.

Chelseaboss Lampard said: “He will have to deal with that. That is what football is, every player no matter great you are in your career, the best, the absolute best of all time will get criticised.

“It is what I want for the team and I think with Kepa he knows, hell be honest that there have been some mistakes that have cost us goals. It is the nature of it, so that needs to improve.

“Goalkeepers maybe have slightly more spotlight on them, but it is a similar thing. The important thing is not to get too embroiled in what is said on the outside and look at your own game.

“It is always the basics, such as how hard can I work? This is not just Kepa, any player. If you feel in a lack of form, fight to get it back. Go back to basics.” 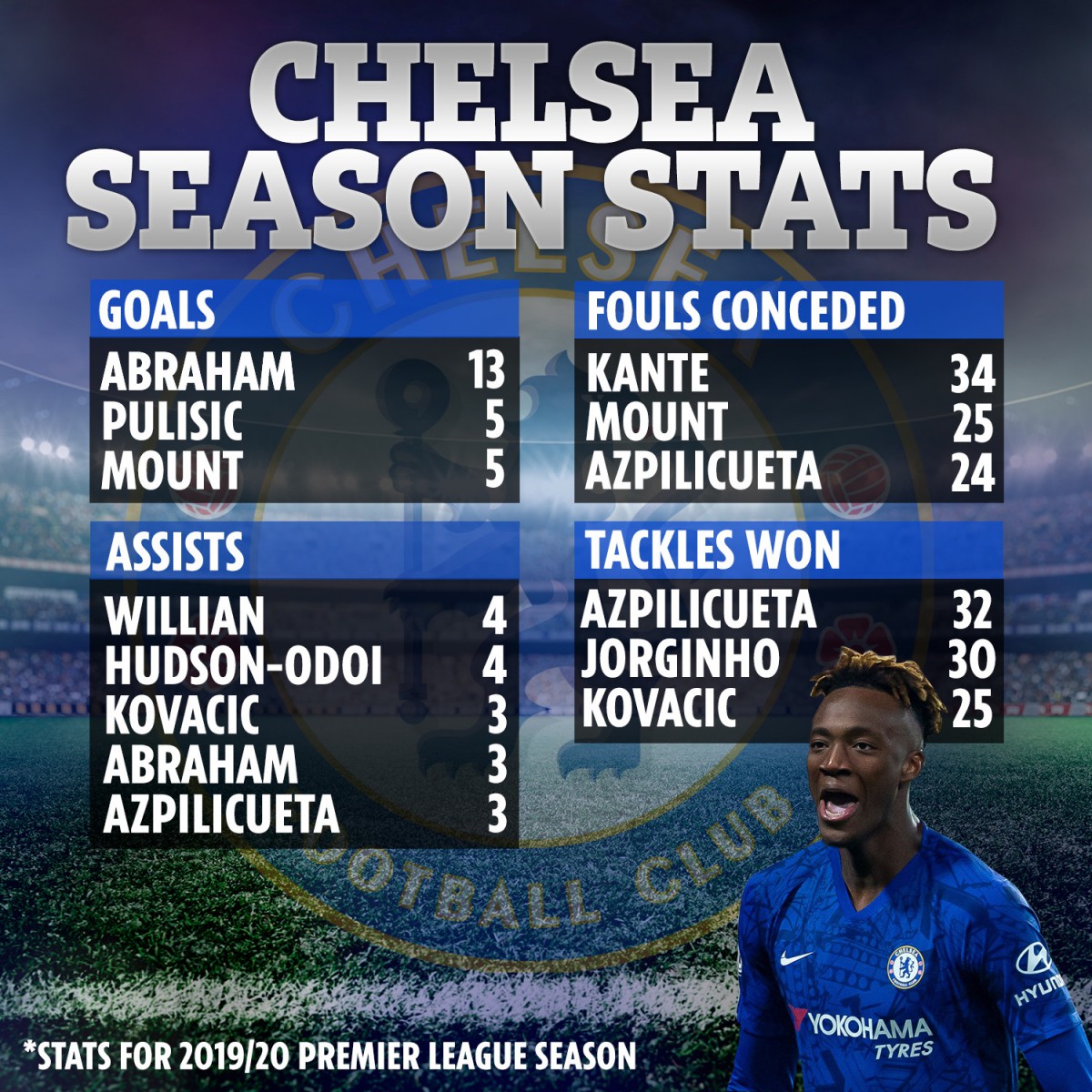