Chelsea must win their own mental battle after successive losses ahead of international break, insists Loftus-Cheek
Advertisement 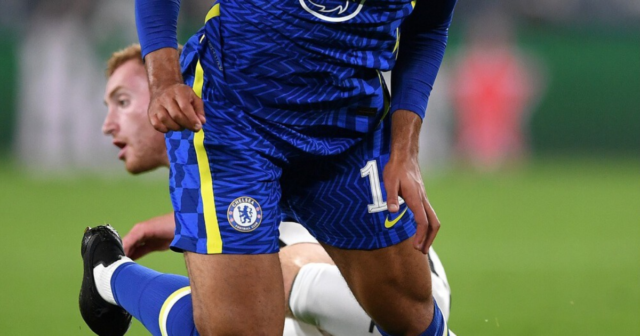 RUBEN LOFTUS-CHEEK admits Chelsea must win the battle in their heads in order to turn around a dip in form.

Wednesday’s 1-0 defeat at Juventus came just four days after an identical result against Man City and normally prolific Chelsea have also hit a dry patch in front of goal.

They play winless Southampton on Saturday and need to get confidence back on a high before the squad splits up for a two-week international break.

Midfielder Loftus-Cheek said: “Now it’s about the mental game and we need to win in the Premier League on Saturday.”

“We need to reflect on this game, see where we can get better, regroup and bounce back.

“With the ball possession we had, we should be making more chances and being more dangerous.”

Chelsea have managed only one shot on target in 180 minutes of football although losing in Italy dented morale it is not a disaster for the Champions League title holders.

Loftus-Cheek remarked: “Anyone can win this competition. You want to be peaking when you get to the business end.

“Sometimes you can afford a loss in the group stage. We need to get through this, work at it.

“It will come, and hopefully we will look back and see this as a hurdle.

“The way Juventus play, and how good they are defending in that tight, compact block, if you’re not at the quality you should be it’s going to be hard to break them down.

“We’re the champions and they respect us as a team. You could see that’s why they camped behind the ball. It worked for them so well done to Juventus.

‘We had a few chances at the end, but if you’re not at your top quality in the Champions League sometimes you get a defeat.”

Boss Thomas Tuchel will be hoping to have key midfielder Mason Mount fit again after missing the last two games.

Mount was called up for the latest England squad despite his injury and joins team-mate Reece James for the games against Andorra and Hungary.