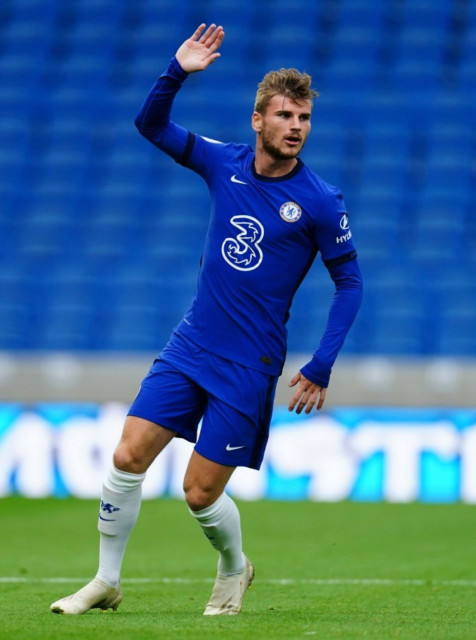 The deadly striker has become one of Europe’s most feared forwards because of his rapid pace and devastating finishing.

Timo Werner is tipped for big things at Chelsea

The Premier League got just a glimpse of what they were in for as he won a penalty and became an all round hassle for the Brighton defence in Chelsea’a 3-1 victory on Monday.

He did not score but looked dangerous against the Seagulls’ “massive” defenders and will be relishing the clash with champions Liverpool on the weekend.

The German explains his high-performance levels are all down to an unusual source – candy wagers he used to make with his dad based on his goalscoring.

He told The Independent: “At the beginning of my career, when I was nine or 10, he [my father] would buy some candies or things like that.

“It can buy me a lot of candy. It was a joke with my dad, [but] it made me want to score goals and I love scoring goals.” 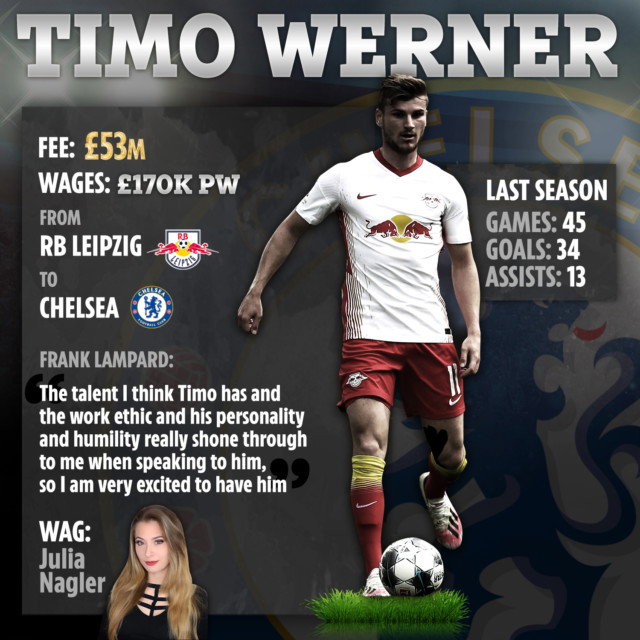 Frank Lampard bought Werner from RB Leipzig for £47.5 million, despite much speculation that he would end up with Jurgen Klopp at Anfield.

He said the allure of landing trophies – and playing in front of big audiences – was key in making him come to the capital.

He said: “I’ve come here to win titles, Chelsea is a big club and a club that always wants to win.

“When we played at Tottenham with Leipzig it was crazy, really crazy to play there in front of the people.”

The 24-year-old also said Lampard’s “vision” played a part in securing his signature.

He added: “It was a strange time, we couldn’t meet each other and we met each other here for the first time because of the virus.

“But he called me a lot, we had a lot of conversations, he texted me a lot and he sent me some videos where he could show me what style of football he wants to play.

“So for me those were important things to know about moving to a new club. Because I loved to play for Leipzig and everything was well for me there.

“So it was really important for me to come to a team with a vision that fits my style of football.”

Kai Havertz also made his Premier League debut on the coast after being secured for big money, while Chelsea fans were forced to wait a bit longer for the debuts of Ben Chilwell, Thiago Silva and Hakim Ziyech.