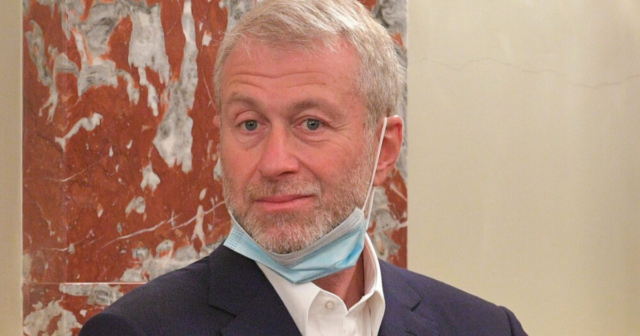 CHELSEA owner Roman Abramovich has returned to London for the first time in three years.

The 54-year-old’s visa expired in April 2018, but having obtained an Israeli passport later that year, the oligarch has been able to get back to visit his family.

The UK government made it harder for powerful Russians to obtain visas after the Salisbury poisoning incident in 2018.

And the stance affected Abramovich’s ability to gain entry to the UK.

But having obtained an Israeli passport the billionaire was able to make his first trip to the UK in three years without the need for a visa.

Abramovich’s spokesperson confirmed the Chelsea owner is in the UK to see relatives, according to the Independent.

And he could reportedly visit his beloved Blues while in the capital.

In 2018, it was reported Abramovich could be detained and deported if he ‘used his new Israeli passport to regularly enter the UK’.

The report came after his ‘entrepreneurial visa’ was not renewed after it expired in April of that year.

His new passport allows him to visit the UK on business for up to six months per trip.

But, at the time, government officials told the Times he may not come and go when he pleases.

Abramovich has been unable to watch his Chelsea at Stamford Bridge for three years.

And he only met Thomas Tuchel for the first time after their Champions League final win against Manchester City in Porto in May.

In May, Abramovich jumped to eighth on the Sunday Times’ Rich List after adding almost £2BILLION to his net worth.

And he has continued to back the club in the transfer market from afar – sanctioning the £97.5m spend on Romelu Lukaku this summer.

Abramovich has heavily funded Chelsea’s Say No To Anti-Semitism and the No to Hate campaigns.

And there is also unconfirmed suggestions the supremo may visit the Imperial War Museum’s new Holocaust Gallery to which he made significant donations.