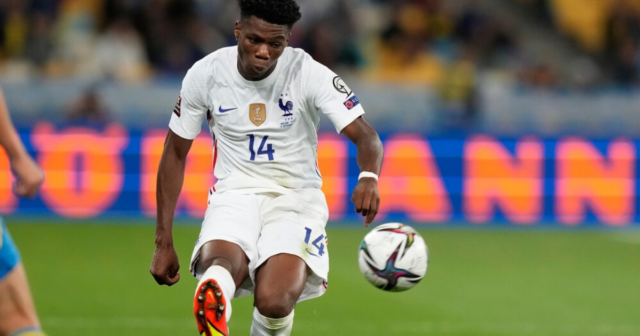 The 21-year-old has earned rave reviews in Ligue 1 under Niko Kovac, resulting in the player making his international debut for France earlier this month.

Thomas Tuchel’s side were linked with a move for the ex-Bordeaux man in the summer, but were claimed to be reluctant to meet his £34million asking price.

It has since been stated how the Blues will press ahead with a move to sign the youngster in 2022 following the loan arrival of Saul Niguez.

And according to Tuttomercatoweb, Chelsea will offer Tchouameni an ‘attractive’ proposal in order to convince him to link up with the club.

The Italian news outlet have declared that the Champions League holders are in competition with Juventus to secure his services.

They add that the Old Lady have made prising Tchouameni away from Monaco their No1 midfield target.

Though it has been said how the Serie A giants may have to offload either Aaron Ramsey or Weston McKennie in order to land him.

Should Juve fail in their quest to sign Tchouameni, they could turn their attention to Leicester ace Youri Tielemans.

Speaking of his compatriot, he told Ouest-France: “Very very good. He’s not a boy, he’s a man.

“It was a pleasure to play next to him. He brings a lot of energy.

“A lot of energy, extraordinary technical and physical quality.

“We wish him to play lots of matches. And that I am always at his side.”