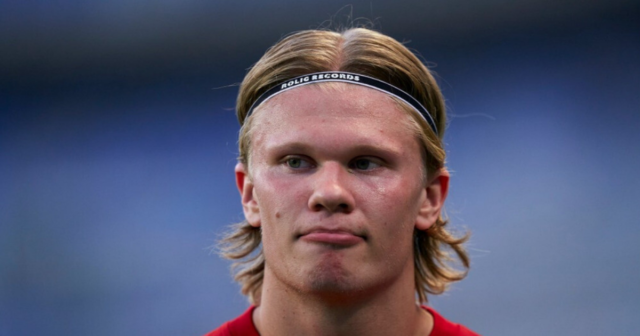 The striker is highly sought after with Real Madrid and Barcelona showing a keen interest earlier this year.

Erling Haaland has a price tag of £150m this summer

Manchester City and Manchester United could also make a move but it seems Chelsea are looking to pip their rivals to sign Haaland this summer.

And the Blues are preparing a BIG offer for the Norwegian according to journalist Jan Aage Fjortoft.

Dortmund have issued a hands-off warning to potential suitors but will reportedly accept a fee of £150million for their prized asset.

Haaland is also believed to be interested in a move to Stamford Bridge.

But with no deal on the horizon yet Thomas Tuchel has issued a transfer deadline date to both Haaland and Dortmund.

The German hopes he can apply pressure on the two parties in order to secure a deal.

But with Chelsea only willing to pay £135m for the attacker they may have to wait to get their man.

Haaland could be available for just £65m next year due to a release clause that will come into play, but that fee is likely to be met by other European powerhouses.

A failure to land Haaland could mean Chelsea switch their transfer focus to Ben White or Jules Kounde as Tuchel bids to boost his defensive options.

But with Olivier Giroud potentially on his way out it is perhaps likely the Chelsea boss will also want more firepower up-front.