Chelsea ratings: Ruthless Rudiger led from the back while Emerson made Chilwell transfer look a must in Bournemouth loss
Advertisement 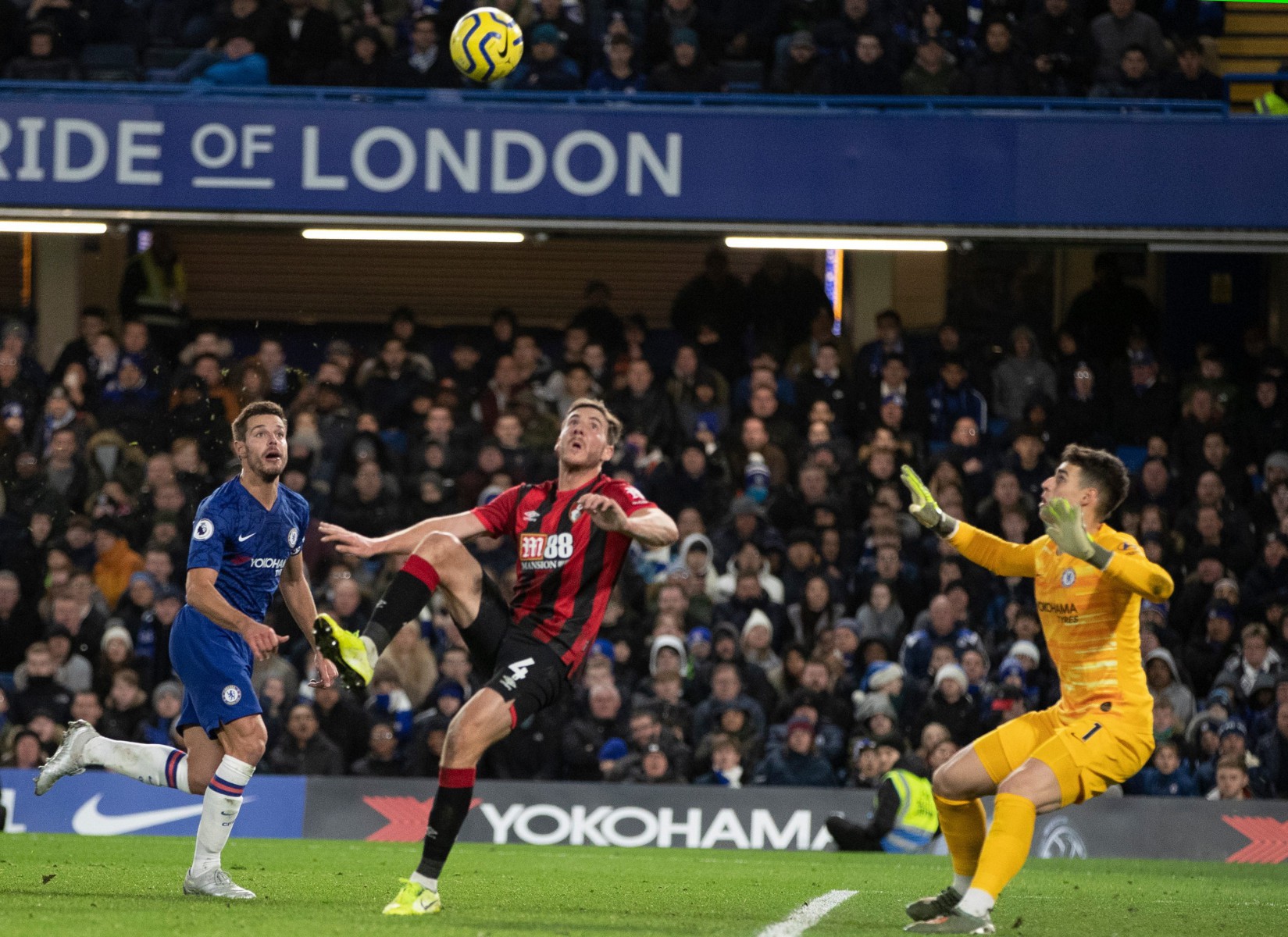 CHELSEA were beaten by a late smash and grab by Bournemouth as they lost 1-0 at Stamford Bridge.

Dan Gosling’s 84th minute lob over Kepa was initially ruled offside but a VAR check meant the goal stood to make a disappointing afternoon even worse for Frank Lampard’s men.

The Blues stay fourth after the defeat while the Cherries move to 14th.

And here’s what SunSport’s William Pugh thought of the West Londoners’ individual performances.

Did not have too much to do but acted decisively when he did. Distribution good as always. Rash decision to rush out for Bournemouth’s goal but may have been confused by the linesman’s flag going up.

Joined in with attacks on occasion to good effect but did not have the easiest afternoon going backwards against the excellent Ryan Fraser. Most of Bournemouth’s dangerous attacks came down his side.

Commanding. Some strong challenges in the first-half to thwart Bournemouth’s handful of attacks and remained equally solid in the second-half.

Stayed strong alongside his defensive partner before the break to keep the Cherries out. Caught napping along with everyone elser for Gosling’s late sucker punch.

A little sloppy in the first-half on and off the ball. Confidence seemed to drain away as afternoon went on but wasn’t troubled defensively. Missed a sitter in the second-half when he somehow headed straight at Ramsdale from six yards. Ashley Cole might have been right about wanting to sign Ben Chilwell.

Hard to notice him on the pitch. Was subbed off as Lampard tried to make something happen in the second-half.

Looked industrious and tried to make things happen against a resolute Bournemouth defence. Needs to do more against teams of this calibre.

Should have done better with an early chance. Several miscommunications with teammates in first-half. Looked frustrated. Not his finest afternoon.

Disappointing. Needs to up his game. Lampard demanded more from him in the week and he did not deliver today. Hauled off on 65 minutes.

Not given much service before the break and the two chances he was fed he put wide and over. Cut a frustrated figure as game wore on.

Hardly made an impact.

Did his best to make something happen but was not enough.

Had the same problems as Abraham had before him with lack of service.