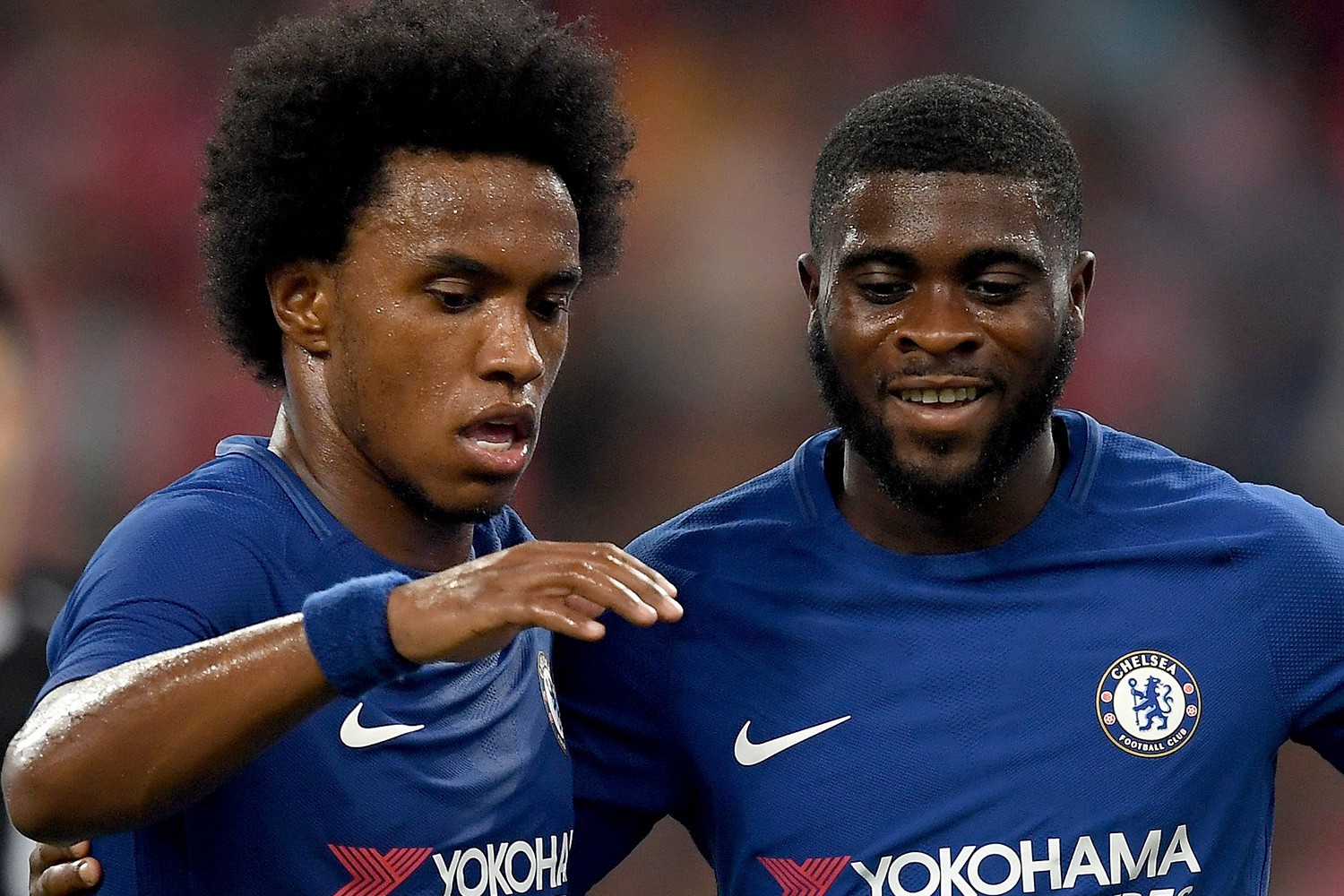 EX CHELSEA winger Jeremie Boga has claimed that the likes of Eden Hazard, Willian and Pedro were not better than him.

The 22-year-old, now at Sassuolo, lamented his lack of opportunities while at Chelsea.

Since leaving Stamford Bridge for Serie A, the Ivorian international has gone from strength to strength, netting four goals and assisting a further two this season.

This form has seen him linked with a move to Barcelona – as well as a potential return to Chelsea.

The Blues let him go for just 2.5m in 2018, but it is believed that they have a buy-back clause for the tricky attacker.

Boga was only given one opportunity in the Chelsea first team – on the opening day of the 2017-18 season against Burnley.

But unfortunately it ended abruptly, as Gary Cahill’s early red card led to him being substituted for an extra defender before half time.

He insisted he has “no regrets”, speaking to Gazzetta dello Sport.

He said: “Every now and then, I wonder if I should’ve waited longer for my chance at Chelsea.

“But I had to play regularly and I was behind Hazard, Pedro and Willian in the pecking order. It’s not that they were better than me, but they were ahead in the hierarchy.

“No, I have no regrets. Antonio Conte didn’t talk to me very much. When he gave me my debut against Burnley, all he said was: “It’s your turn

“I came to Chelsea at the age of 12, as their scouts spotted me in a small Marseille club.

“It was very tough, those first two years, going from the seaside of Marseille to the fog of London.

“The food was a serious problem too, as I went from having cereal at breakfast to a plate of eggs and bacon. It was impossible to digest.

“My team-mates in the Chelsea youth team were Tammy Abraham, who is now the centre-forward of the senior squad, Ruben Loftus-Cheek, Charly Musonda we won the UEFA Youth League and the U21 Premier League.”

And Abraham and Loftus-Cheek aren’t the only talented academy youngsters to have been given a proper chance since Boga departed the Bridge.

Callum Hudson-Odoi, Mason Mount and Fikayo Tomori have all made themselves regulars in Frank Lampard’s team.

And with the likes of Billy Gilmour and Ian Maatsen, Chelsea’s supply line of talent appears to show no signs of halting any time soon.