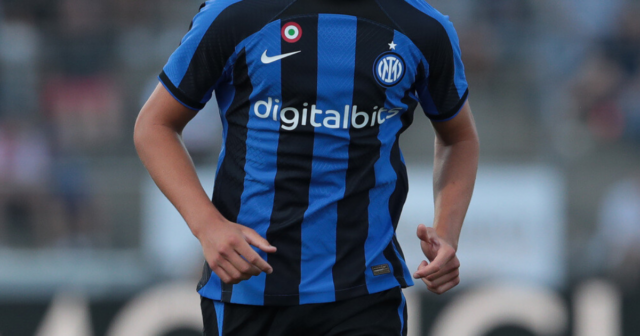 CHELSEA risk missing out on Inter Milan prodigy Cesare Casadei with Nice and Sassuolo circling, according to reports.

The Italian midfielder, 19, is yet to make a first-team appearance for Inter.

Nice and Sassuolo are rivalling Chelsea for Casadei

But the promise he has shown in the academy ranks has seen Inter slap a £12million transfer fee on his head, according to Sky Italy.

And Chelsea run the risk of missing out on Casadei with two clubs ready to make a move.

French outfit Nice are ready to make an offer to Inter for the player.

Sassuolo also hold an interest and are willing to insert a buy-back option into the deal.

However, the Italian outfit are significantly short on Inter’s demands.

With his transfer future still up in the air, Casadei will continue to train with Simone Inzaghi’s first-team.

Inter ran out 11-0 winners and on-loan Chelsea striker Romelu Lukaku got in among the goals.