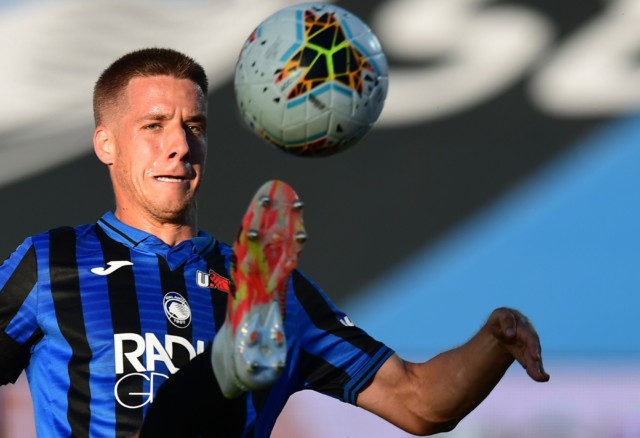 MARIO PASALIC has signed a permanent deal with Atalanta BC after the Serie A side decided to exercise the clause in his loan deal.

The German midfielder, 25, has spent the last two seasons on loan with the Italian outfit, scoring 15 goals across 74 appearances.

An agreement was put in place earlier in the season and Atalanta took to Twitter on Monday to confirm that they have completed the transfer.

According to Italian sports journalist Fabrizio Romano, a sum of £13.5m will go to the Blues.

Pasalic signed for Chelsea from Hajduk Split in his homeland of Croatia in 2014 as part of a £3m deal.

But in his six years on the books at Stamford Bridge, he did not make a single first-team appearance.

Instead, he went on loans to Elche, Monaco, AC Milan and Spartak Moscow for a season each before his spell with Atalanta.

In his first year, he helped secure a third-place finish and Champions League football.

Mario #Pašalić stays with us!

Our #88 is an #Atalanta player on a permanent basis!#GoAtalantaGo

Domestically, Atalanta are fourth in Serie A and currently keeping Roma and Napoli out of the Champions League spots with the season set to resume on the weekend of June 20 and 21 as the country recovers from the coronavirus crisis.

Chelsea persuaded Pasalic to sign a new contract a year ago, tying him down until 2022 and ensuring they could get a transfer fee for the Croatia international when they did move him on.

Stamford Bridge confirmed the signing of Timo Werner last week with a £53million deal agreed with RB Leipzig for the Germany international.

And Lamps is determined to make up for the lack of signings in January after their transfer ban was lifted by splashing the cash this summer.

The West Londoners have already landed Hakim Ziyech and now Leicester’s Ben Chilwell is top of the wishlist.

Blues director Marina Granovskaia has reportedly been tasked with bringing in two players at left-back with PSG’s Layvin Kurzawa and Roma’s Alex Telles also on the radar.