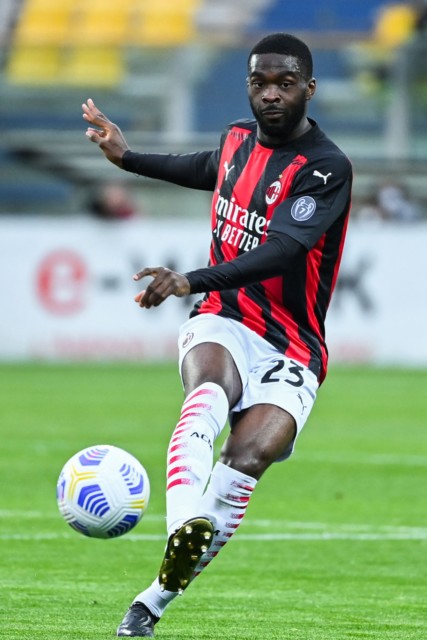 CHELSEA are set for a £24million windfall with AC Milan reportedly keen to sign Fikayo Tomori on a permanent deal.

Corriere dello Sport claim the Italian giants ‘will do everything to redeem’ the England defender and keep him at San Siro.

The report adds that Milan ‘intend to exercise the option as the whole club is satisfied with how Tomori has integrated’ with the team.

The club’s manager, Stefano Pioli has confirmed that the Rossoneri want to sign Tomori permanently following the 3-1 win over Parma.

As quoted by Fabrizio Romano, he said: “We are so happy with Tomori, our plan with him is so clear.

“We want to confirm Fikayo and our plan is to keep him next season. Let’s see what happens with Chelsea.”

SunSport previously revealed that Chelsea are braced for bids from Milan for Tomori after an impressive loan spell this season.

But Blues boss Thomas Tuchel has still been keeping tabs on the ex-Derby ace and is mulling over his plans for him in the coming years.

The 23-year-old has been outstanding in defence for the Italian giants – cementing a place in their starting eleven.

SunSport understands the Rossoneri have a £25m option to buy Tomori at the end of the season, through a clause inserted in his loan.

But due to the coronavirus pandemic, AC are struggling financially and are said to be looking to negotiate lowering the fee.

His permanent move will depend on whether the club qualify for the Champions League next season and the extra money they recieve.

Milan are currently second in Serie A – only four points ahead of fifth-placed Napoli to secure a spot in Europe’s top competition.