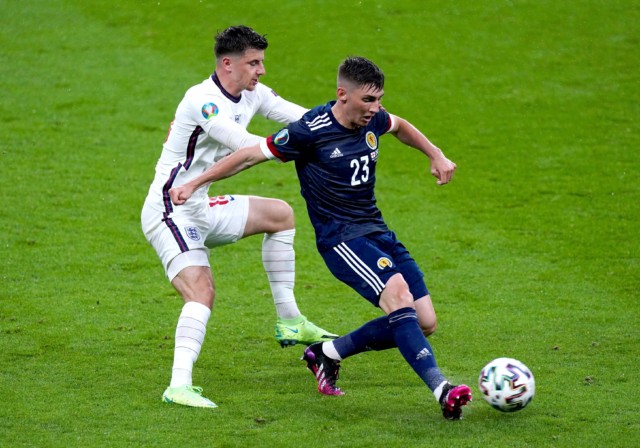 WOLVES are reportedly ready to battle Norwich for the loan signing of Chelsea star Billy Gilmour.

The midfielder hugely impressed for Scotland on his first senior international start last week, in the 0-0 draw with England.

And while his Euro 2020 heroics were short lived, due to a positive coronavirus test and Scotland’s group stage exit, a number of interested clubs are circling.

SunSport recently revealed that Norwich are in the hunt to take him on loan next season.

A number of Premier League clubs are making their interest known after Gilmour made only 11 appearances in 2020-21.

According to Football Insider, Wolves count among them ahead of a summer rebuild at Molineux.

Ruben Neves could leave for Arsenal with Sporting CP star Joao Palhinha on their radar as a replacement.

Thomas Tuchel wants 20-year-old Gilmour to earn first-team experience but N’Golo Kante, Jorginho and Mateo Kovacic are ahead of him in the Chelsea pecking order.

Former Chelsea player-manager Glenn Hoddle has tipped Gilmour to be a long-term replacement for Jorginho.

He told Betfair: “Billy Gilmour had a good game, and there’s still more to come, but it was his first game and he was excellent.

“He can only grow and get better. He’s not really match fit, so he’s going to get better.

“He keeps the ball well and he’s such a young player. He showed a lot of maturity. 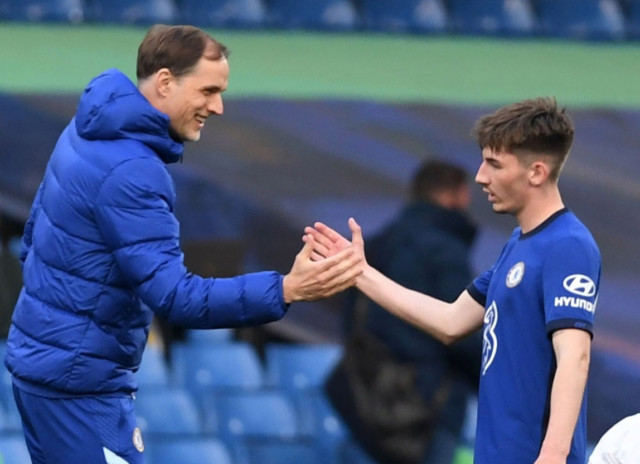 “He’s instantly the replacement for Jorginho at Chelsea, they won’t have to look in the market for someone because he is already there, learning and developing into a great player.”

Norwich boss Daniel Farke worked with Tuchel at Borussia Dortmund and could be trusted to guide his development.

Tottenham youngster Oliver Skipp enjoyed a loan spell at Carrow Road as they won the Championship but his return is not guaranteed while the North London side dither over appointing a new manager.