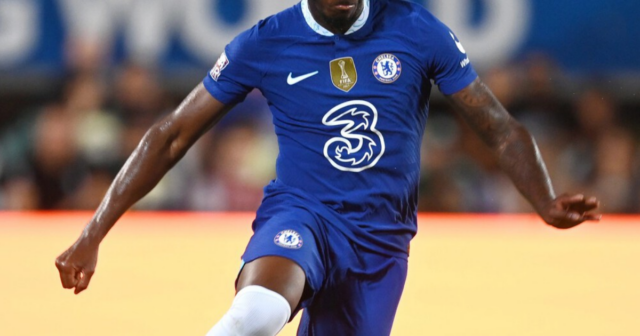 BORUSSIA DORTMUND are in talks to sign Callum Hudson-Odoi on a season-long loan from Chelsea, according to reports.

Hudson-Odoi, 21, has fallen out-of-favour at Stamford Bridge, having made just 15 Premier League appearances for The Blues over the past year.

Borussia Dortmund are in talks to sign Hudson-Odoi on loan

As a result, he is now seeking a move elsewhere in a bid to earn more first team football.

Various clubs have been considering a swoop for the winger, including Leicester, Southampton and Juventus.

But, according to Sky Sports, Borussia Dortmund are currently winning the race to sign him.

Hudson-Odoi’s representatives are claimed to be in talks with the Bundesliga giants over the prospect of a loan move which will see him move to Germany until June 2023.

However, before the move is finalised, the England international is expected to consider any approaches from other clubs.

Hudson-Odoi is one of several players expected to leave Chelsea before the transfer window slams shut next month.

And Timo Werner is expected to return to RB Leipzig on a permanent deal for £25.3m – less than half the price Chelsea paid to sign him two years ago.

The Blues have already lost some key players in Antonio Rudiger, Romelu Lukaku and Andreas Christensen this summer.

But, new owner Todd Boehly has splashed the cash on a number of new signings including Marc Cucurella, Raheem Sterling and Kalidou Koulibaly.