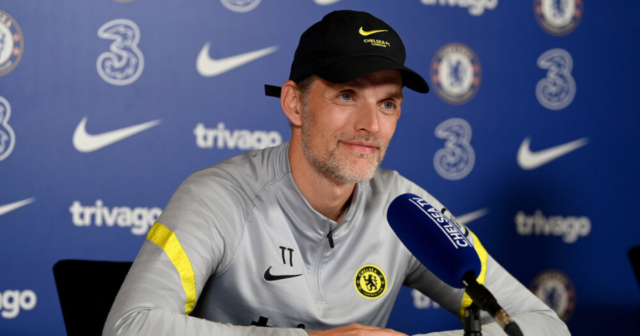 CHRISTIAN PULISIC will miss Chelsea’s game with Arsenal on Sunday after testing positive for coronavirus.

Blues boss Thomas Tuchel has confirmed that the American is suffering no symptoms and has had both of his vaccination jabs.

Speaking to reporters on Friday, Tuchel stated: “Pulisic unfortunately had a positive test and needs to follow the protocols, he is not available.”

Following his positive test, the winger wrote on his Instagram: “Unfortunately I tested positive for Covid-19 earlier this week.

“Thankfully I’m fully vaccinated and I have no symptoms so far. Can’t wait to get back in action! Thank you for your support.”

Arsenal await Tuchel’s side for a 4.30pm kick-off this Sunday with the German hoping to have a trio of returning players at his disposal.

Romelu Lukaku is tipped to play a part following his £97.5million switch from Inter Milan.

While N’Golo Kante and Hakim Ziyech are back in training after knocks with Tuchel rating their chances of featuring as ‘positive’.

The Gunners have experienced Covid trauma of their own with Pierre-Emerick Aubameyang and Alexandre Lacazette fighting to be fit.

The strikers, plus Alex Runarsson and Willian, missed the defeat to Brentford having tested positive for the virus.

Mikel Arteta has admitted that a number of Arsenal players are refusing to get vaccinated.

Likewise, Manchester United boss Ole Gunnar Solskjaer is yet to successfully convince all of his squad to get both jabs.

For Tuchel, Arsenal’s woes could serve as the Gunners’ motivation for Sunday’s derby with the coach viewing his opponents as ‘dangerous’. 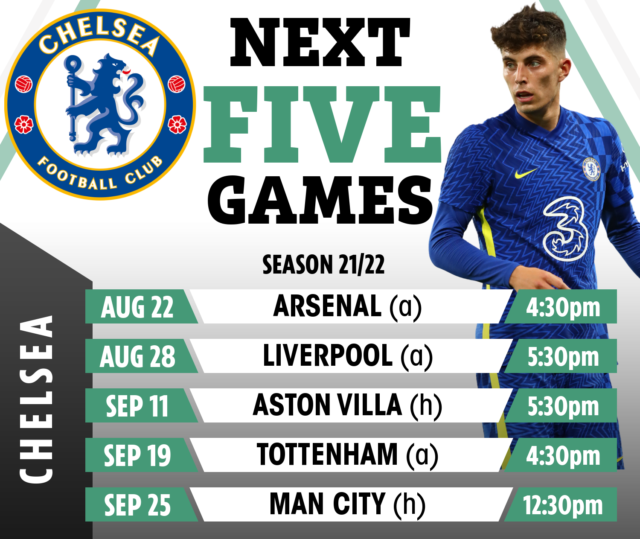 He added: “I don’t know what their team will be, but for me the situation is a bit like they can play the underdog role – because of the complications they had with Covid and the difficulties they had in their first match.

“They will try to fight from there and that’s fair enough.

“We have to be fully aware of that because there is a lot of quality in their squad and they can hurt anyone if you’re not aware of the danger. So it comes down to what we demand of ourselves.” 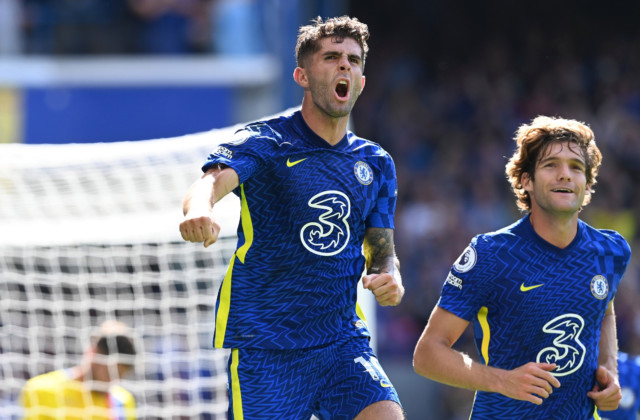 Christian Pulisic opened his account for the season against Crystal Palace

Did you miss our previous article…
https://www.sportingexcitement.com/football/premier-league/guardiola-claims-hell-be-more-than-happy-if-kane-fails-to-seal-man-city-transfer-and-rules-out-move-for-lewandowski