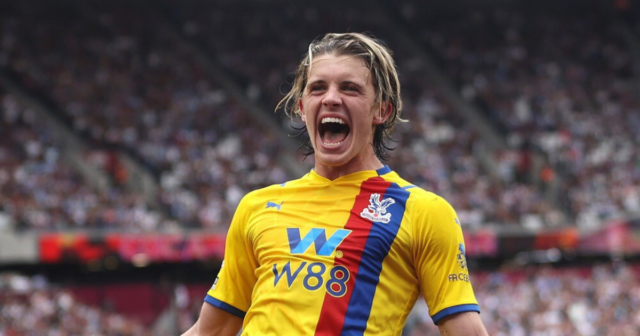 And though he has not been included in the latest England squad, it may just be a matter of time before he is selected at the rate he is going.

Southgate’s No2 Steve Holland was at Selhurst Park on Monday night to monitor the English talent on display and will surely have been impressed with Gallagher.

The 21-year-old won the penalty that led to Wilfried Zaha’s eighth goal against arch-rivals Brighton with a positive run.

But his all-round, energetic display from his side’s box to the opponents’ caught the eye again, just as it has in nigh-on every Eagles game this term.

Humble Gallagher has always been a well-liked character of any squad he has been a part of and hugely appreciated by his coaches.

But perhaps his biggest asset is his determination to blast open any ceiling others have put on his potential.

For instance, Chelsea have been known to give long-term contracts to their best 16-year-olds but when Gallagher reached that age, he was only offered a scholarship deal.

It was the same treatment for close pal Reece James, who played in a Sunday League Under-8s side with Gallagher even before they joined the Blues.

Both players responded well to what could have been seen as a disappointment, working harder than ever to prove their worth.

Gallagher developed a bit later than most of his peers.

He was included in the England squad that won the Under-17 World Cup under Steve Cooper four years ago, starting one game and making three sub appearances in others.

Yet that call-up to the tournament was the first time he had ever been selected for his country.

He was named Under-18s captain for Chelsea for his ability to lead by example rather than being a ranter and a raver.

Gallagher suffered a scare when he was away with England at the Under-19 Euros in 2018 when his heart started beating alarmingly fast in a training session.

Eventually, it was discovered after a scan back at Chelsea that he had an irregular beat and had surgery to fix it.

Speaking to SunSport two years ago in Albania after a glittering display for England’s Under-21s, Gallagher reflected on the ordeal.

He said: “It definitely drives me on because it’s a bit of a scare, isn’t it?

“It makes you appreciate it more when you’re out there on the pitch playing. You have to give 100 per cent because every single one of us is lucky to be here.”

In what is a recurring theme across his career, Gallagher responded impressively the next season and was named Chelsea’s academy player of the year.

It was then time to gain some senior experience and though he had other options, he felt Lee Bowyer’s Charlton suited his style most.

The youngster impressed with six goals in three months and with a break clause in his contract, Chelsea decided to end the temporary spell in January and farm him out to a side competing at the top end of the Championship in Swansea for the second half of the campaign.

There he worked under Cooper again and the split campaign was deemed almost like gaining two seasons’ loan experience in one and thus speeding up his progress.

The next step was the Premier League, despite clubs from Germany queuing up to borrow him.

Gallagher opted for West Brom, and though the team were relegated, it was a highly productive season for him personally.

He was forced to become more of a disciplined midfielder under Sam Allardyce, which could serve him well should he make it at Chelsea, as he would likely play in a deeper role there.

Allardyce could have opted for a more senior player in Jake Livermore to play that position but he trusted Gallagher.

There was a strong possibility Gallagher could have stayed at Chelsea this season with Thomas Tuchel a big fan.

It was a relatively late decision to loan him out again and this time he had NINE clubs interested. 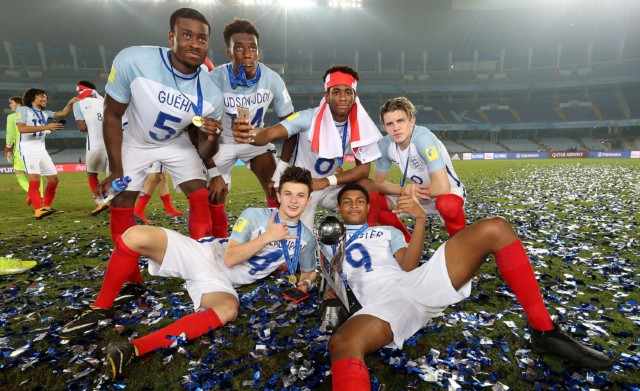 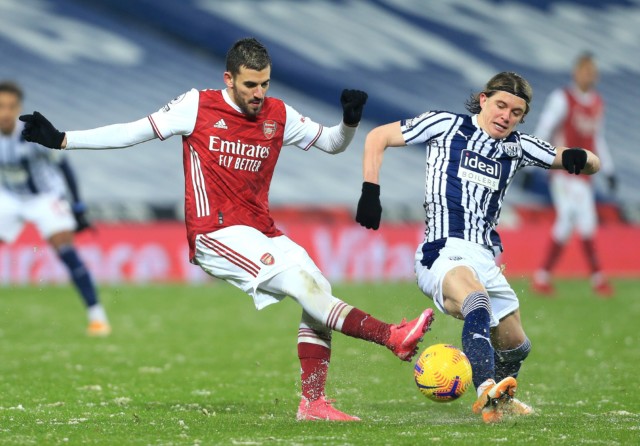 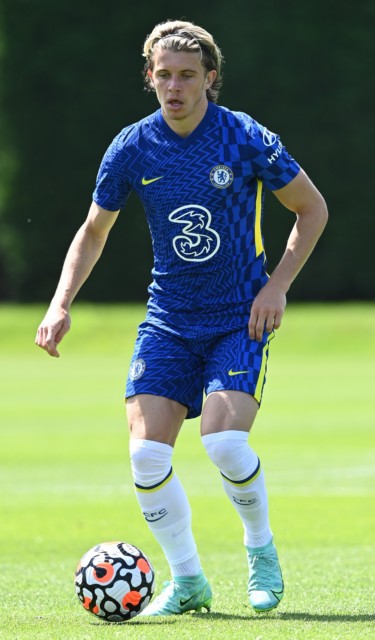 Marcelo Bielsa’s Leeds were one of them but he opted for Palace.

Part of the reason for that was Patrick Vieira gave the player assurances he would use his attacking talents to their full potential.

Gallagher did not want a repeat of the predominantly defensive role he had played at West Brom, as much as it strengthened that side of his game.

He has always prided himself on his attacking returns and saw his lack of goals and assists at the Hawthorns as an anomaly.

Vieira has clearly stayed true to his word with Gallagher already getting more into the box.

That was evident by his two excellent goals at West Ham, as well as the penalty he won with a driving run against Brighton.

Vieira also promised to improve Gallagher, which is what he wants most at this stage of his career.

He is hungry to become an all-round midfielder, working hard for the team but scoring goals just like his hero Frank Lampard.

The pair had a good relationship during Lampard’s time in charge at Chelsea, during which Gallagher signed a new five-year deal at the club.

Gallagher would have to go some way to emulating even half of what Lampard achieved in his amazing career.

But there is definitely a similarity in how their refusal to be bracketed at a certain level, believing they can go right to the top.

Lampard achieved it, Gallagher is only just starting out.

Yet he believes he can go all the way, and that is why there is no option to buy in his loan contract at Palace.

He is planning on heading back to Chelsea and making it there – and if he can do that, then England will surely follow. 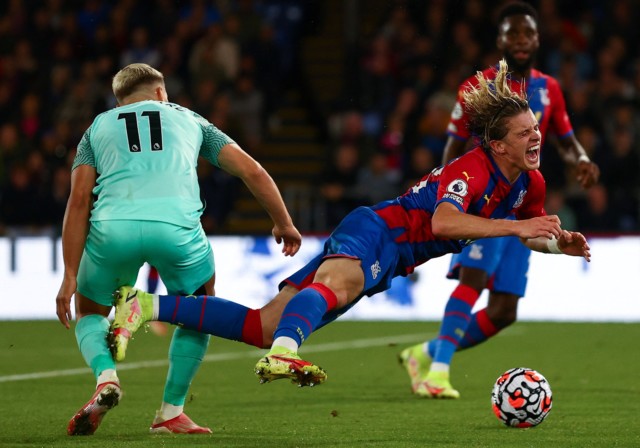 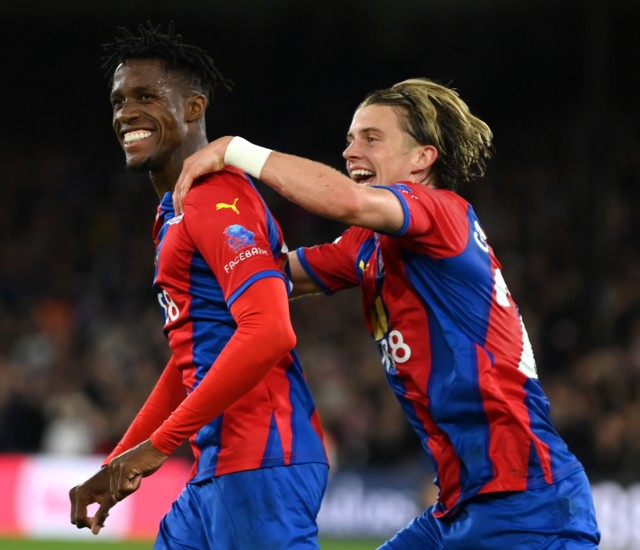 He is clearly enjoying himself at Selhurst Park but will be hoping to perform at Stamford Bridge next term
Advertisement. Scroll to continue reading.
In this article:Brighton, chelsea, crystal palace, premier league, selhurst park, stamford bridge, the hawthorns