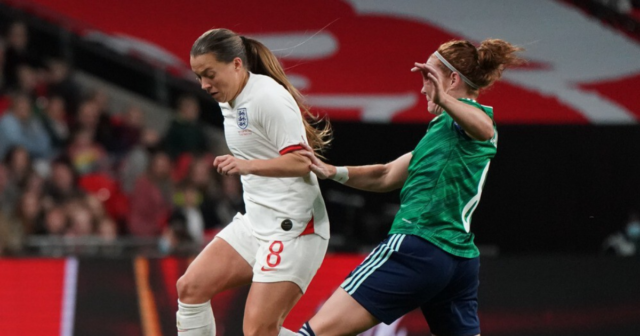 FRAN KIRBY is proud of the journey that has put her on the verge of making her fiftieth senior England international appearance.

The Chelsea playmaker says the Lionesses will treat their World Cup qualifier opponents Latvia as they would any other side.

This is despite the minnows shipping a whopping 16 goals in their three previous encounters.

Back in August 2014, Kirby – then a Reading forward – became the first-ever Women’s Championship player to be called up to the Lionesses senior squad before World Cup qualifiers against Ukraine and Belarus.

The WSL ace, 28, who netted on her England debut that year, said: “When I look back at my first England cap, I didn’t know the experiences I was going to have, playing in World Cups, playing in Euros, playing against the best teams in the world.

“I’m happy with how it’s going and hopefully, I can keep building on it and keep working.”

Kirby’s journey within the game has been one of many highs and a few lows with the Kingsmeadow star battling to overcome a heart disease which almost led her to consider retirement at 27.

Since then the Lionesses star has gone from strength to strength, winning a WSL Player of the Year award and being shortlisted for the 2021 Ballon d’Or.

The Blues‘ all-time top scorer is targeting a third World Cup qualifying win this season with her team-mates and boss Sarina Wiegman in their away clash against Latvia.

And Kirby insists England – currently ranked the eighth-best side in the world – will not take their assignment against their Group D rivals lightly.

This is despite Latvia – who are 94 places lower in Fifa’s rankings – having lost their last 14 international games.

Kirby added: “We will be favourites going in because we’re ranked a lot higher and we’ve played many higher placed teams than Latvia.

“But we know that we have to go in with the mindset that we have for every game whether it’s against top opposition or teams like North Macedonia or Latvia.

“I don’t think we’re thinking too much about that. We’re just focusing on ourselves and focusing on what we can control in the game.

“We’re just focusing on ourselves.”