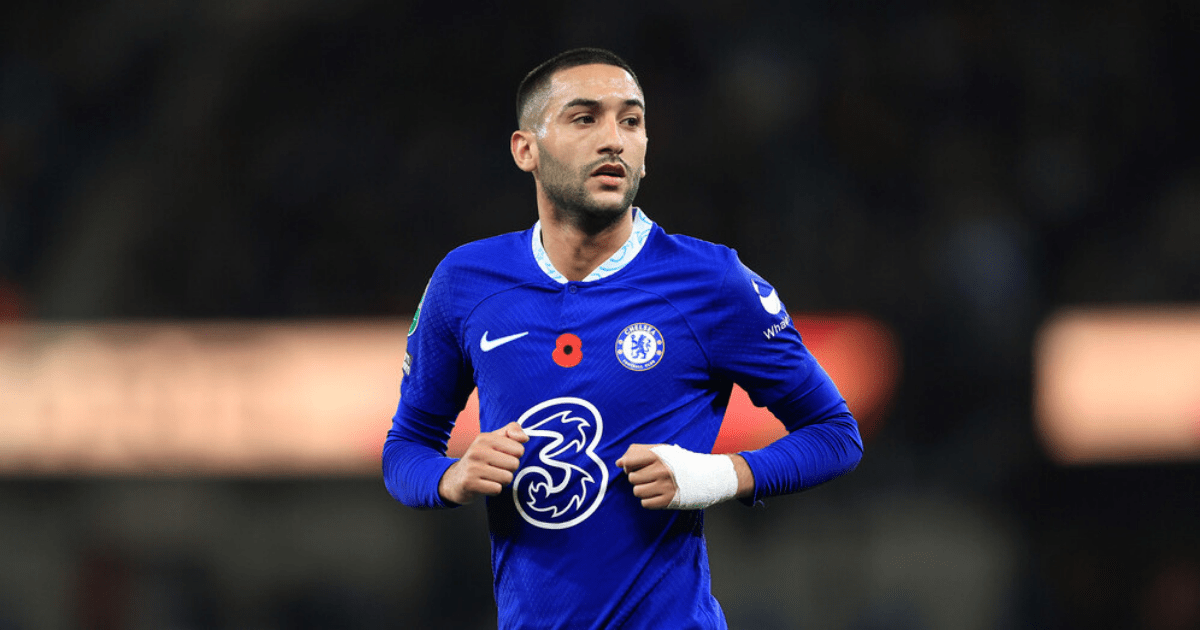 HAKIM ZIYECH isn’t ruling out a move away from Chelsea in January after the attacking midfielder’s game time has dried up in the capital.

The Morocco international made his move to The Blues back in 2020 for a fee of £33.6 million.

He has had a frustrating time at Stamford Bridge since making the move from Ajax and has only played 90 minutes once so far this season.

The former FC Twente man has managed 14 goals and 10 assists in all competitions for Chelsea, but his game time would suggest he isn’t part of Graham Potter’s plans.

Ziyech has been heavily linked with a move to AC Milan with both Tottenham and Manchester United rumoured to be interested too.

The 29-year-old has also been linked with a move back to Ajax and was hesitant to rule anything out when asked about returning to the Eredivise in January by NOS.

Ziyech is currently at the World Cup with Morocco and it’s unlikely anything will be decided before the end of the tournament.

The star came out of international retirement to feature in Qatar after being recalled by Morocco boss Walid Regragui.

The Atlas Lions kicked off their campaign in Group F with a goalless draw against Croatia.

Ziyech failed to impress in the stalemate losing more duels than any other player on the pitch.

He and his team will have to be at their best against both Belgium and Canada if they’re to get out of the group and progress to the last-16.