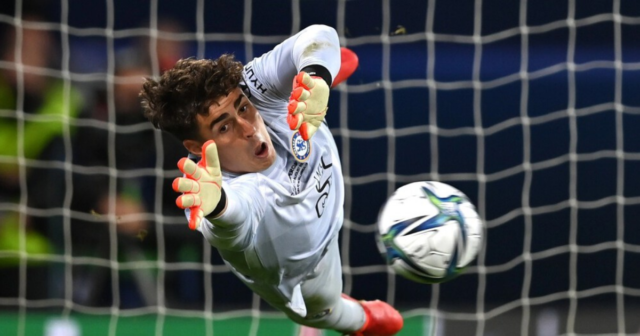 KEPA ARRIZABALAGA believes he should face Liverpool on Sunday to make up for the heartbreak of being ditched for the Club World Cup final.

Chelsea’s Spanish keeper feels boss Thomas Tuchel owes him an appearance in the Carabao Cup final on Sunday as a consolation.

Kepa was devastated when he was dropped and replaced by Edouard Mendy for the showpiece game against Palmeiras 13 days ago which saw Chelsea crowned kings of world football.

He produced crucial saves in the semi-final only to be axed when Mendy rolled up after playing in the Africa Cup of Nations.

Kepa has played in every round of Chelsea’s route to Wembley and deputised in all competitions while Mendy was away on international duty last month with Senegal.

But even though the £71.6m keeper is confident he will play this weekend, he is taking nothing for granted as he struggles to convince Tuchel he is worthy of a regular starting place.

That was proven when he was benched for the Club World Cup final in Abu Dhabi as Chelsea won the prestigious trophy for the first time with a 2-1 win.

Boss Tuchel insists Mendy is No1 at the moment and is open about his decision to pick the Senegalese star.

Kepa has faced an uphill battle to convince Tuchel and his predecessor Frank Lampard that he should be given equal billing to Mendy.

Previous boss Lampard lost faith with him last season and spent £28m bringing Mendy to the Premier League and he has undoubtedly been a star for the club since signing in September 2020.

Kepa will have two years left on his six-year contract at the end of this season and is constantly reviewing his options.

He will take stock of the situation in June and will seek a move away if he feels he has no chance of getting more first-team football with Mendy in the way.