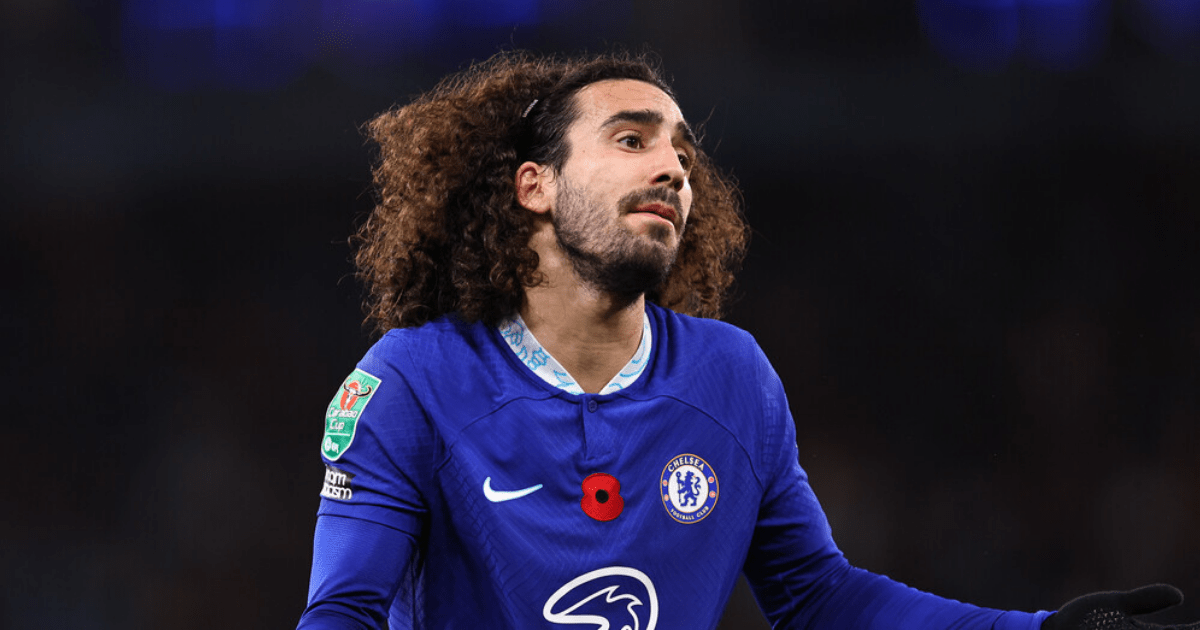 CHELSEA star Marc Cucurella has admitted he would love to play for Barcelona, despite only joining the Blues four months ago.

Cucurella, 24, signed a six-year contract with Chelsea in the summer which saw Brighton receive £63million.

Marc Cucurella revealed he wants to return to Barcelona one day

In that time Chelsea have undergone some changes, including a managerial one which has seen Graham Potter reunite with Cucurella after replacing Thomas Tuchel.

Despite this, Cucurella has not hit the ground running in his time at Chelsea and has struggled with hit and miss form for the club, though Potter has backed him to improve.

This erratic form saw him miss out on a spot in the Spain squad for the World Cup.

And while the Spaniard will be hoping to give his Chelsea career the jolt it needs when domestic football returns after the World Cup, he has spoken about his dream to one day return to boyhood club Barcelona.

Cucurella progressed through the club’s infamous La Masia academy but only managed one appearance in the senior team before leaving in search of more game opportunities.

Speaking to Catalunya Radio, he said: “I didn’t get the chance to really play for Barcelona and I’ve always been gutted about that.

“In the end, if I had the chance in future, I would value it. It would be very nice.”

Cucurella has made 18 appearances this season, contributing two assists but is yet to net his first goal.

Since joining he has not been afforded the security of being played in a singular position, with his versatility coming back to haunt him in his struggles to embed at Stamford Bridge.

The ex-Brighton defender has played as a centre-back in a back three, a left-back and a left wing-back.

Did you miss our previous article…
https://www.sportingexcitement.com/football/premier-league/arsenals-premier-league-fixture-kick-off-time-against-newcastle-changed-after-sky-sports-request/