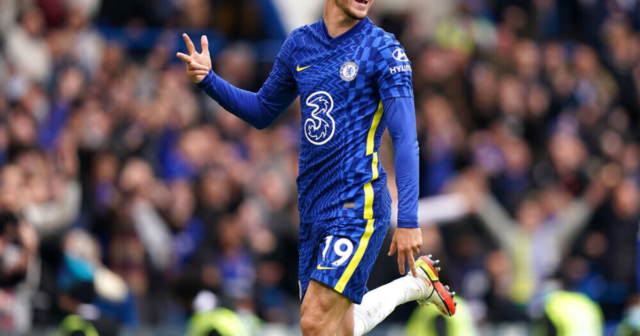 MASON MOUNT admitted to putting himself under heavy pressure to get back to scoring goals – but returned to the scoresheet with a hat-trick.

Before Norwich’s visit to Stamford Bridge, Mount had not scored since May, in Chelsea’s Champions League semi-final win against Real Madrid.

And ahead of the match, the England international said it was ‘about time’ he put one into the back of the net.

But after then going on to get THREE, Mount told BT Sport: “Before the game I put pressure on myself to get on the scoresheet, then three came around in the same game.

“It’s obviously a massive moment for me. I’ll remember this one for a long time.

“I was always getting in positions to score, but I just wasn’t putting it in the back of the net.”

Mount, 22, opened the scoring after ten minutes with a classy volley to break his five-month Chelsea goal drought.

But a late Mount penalty and tap in following a powerful run from Ruben Loftsus-Cheek, 25, saw the hat-trick sealed.

Chelsea were without injured pair Romelu Lukaku, 28, and Timo Werner, 25, but the Blues emphatically proved capable of scoring without their presence.

Mount said: “I thought the last one might be offside. It was my luck today, but it’s also about the team.

“We spoke before about being at it from the beginning, we did that today. Players came in in the absence of other players.

“We were on it the entire game but we never dropped our standards and kept going. I always want to play every game.

“Sometimes you’ve got to take a backwards step, but in the last couple of games I’ve felt at it and ready to play.

“It’s a big moment for me to score three at home at Stamford Bridge.”