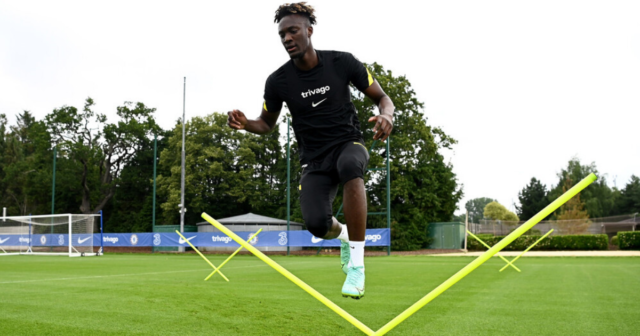 TAMMY ABRAHAM might have to ditch one of his childhood dreams if Tottenham beat favourites Arsenal in the race to sign him.

The Chelsea striker has admitted he was a Gunners fan who idolised their strike legend Thierry Henry.

West Ham have also been linked with the £40million-rated England star.

But Arsenal are tipped to land the 23-year-old on loan for the season, with an obligation to buy.

And that might revive sweet memories for the Londoner.

“It didn’t make any difference at Chelsea.

“When you’re young and you choose who to support, it’s a family thing… so it wasn’t really a problem at Chelsea.”

But despite having six caps, Abraham’s status at Stamford Bridge has faded since Thomas Tuchel succeeded Frank Lampard in January.

And a first-team spot for Chelsea would seem even tougher to gain early this coming season as Tuchel is reportedly hunting a new world-class frontman.

But ex-Blues hitman Romelu Lukaku is rated as a cheaper option, having shone for Serie A champs Inter Milan last term.

Did you miss our previous article…
https://www.sportingexcitement.com/football/premier-league/man-utd-line-up-bargain-transfer-bid-for-bayern-munich-midfielder-leon-goretzka-with-paul-pogba-future-in-doubt