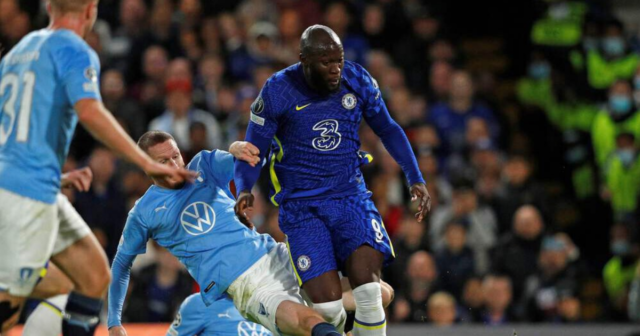 THOMAS TUCHEL has confirmed Romelu Lukaku and Timo Werner face some time out after they limped off injured against Malmo.

The woefully out-of-form Lukaku had hoped to rekindle his magic against the Swedish minnows. 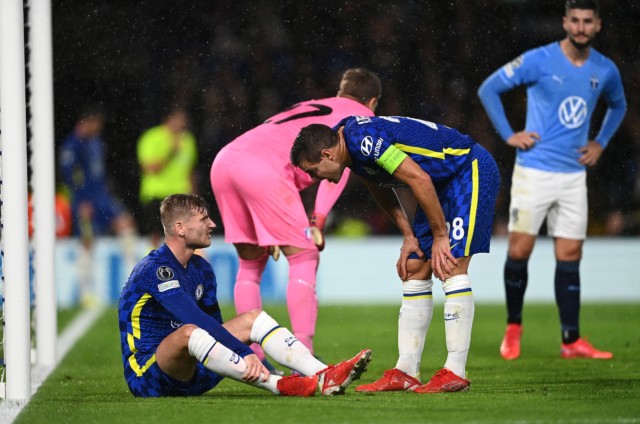 But both he and fellow striker Werner were forced off injured during the 4-0 win.

And they are likely to miss several games, according to boss Tuchel.

He said: “We have a twist of the ankle for Romelu and hamstring for Timo. They will be some days out, I guess.

“We only had Christian Pulisic, we miss everybody but we have to find excuses. We have no excuses.

“Romelu twisted his ankle with the foul in the box, Timo has a hamstring injury. It will take a while for both of them. They will be out for some matches.

“I don’t regret it. It was the moment to give him [Lukaku] confidence. Things like this can happen, it is bad luck.”

Lukaku picked up what looked to be an ankle injury after getting tangled up with Malmo ace Lasse Nielsen.

In a desperate attempt to stop the Blues forward in his tracks, Nielsen lunged in, only to get himself in all sorts of trouble.

The Danish star wrapped his legs around Lukaku, who crumpled to the turf with his ankle pinned.

The former Inter Milan star won a penalty, but failed to get up, left writhing in agony on the floor.

Eventually, Lukaku trudged off the pitch, replaced by Kai Havertz.

Jorginho converted the penalty to make it 2-0, after Andreas Christensen had given Chelsea the lead in the ninth minute.

But shortly before half-time, Thomas Tuchel was dealt another blow as Werner – who started alongisde Lukaku at Stamford Bridge – appeared to pull a muscle as he sprinted into the Malmo area.

After a quick consultation with the physios, Werner, 25, was replaced by Callum Hudson-Odoi.

Jorginho netted a second penalty after sub Havertz had scored to ensure Chelsea ran out comfortable winners, with the game ultimately finishing 4-0, even without their starting strikers. 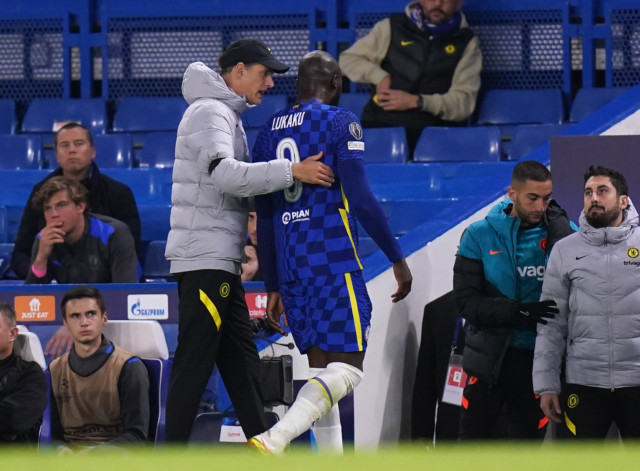 Lukaku trudged off, replaced by Kai Havertz, after hurting his ankle 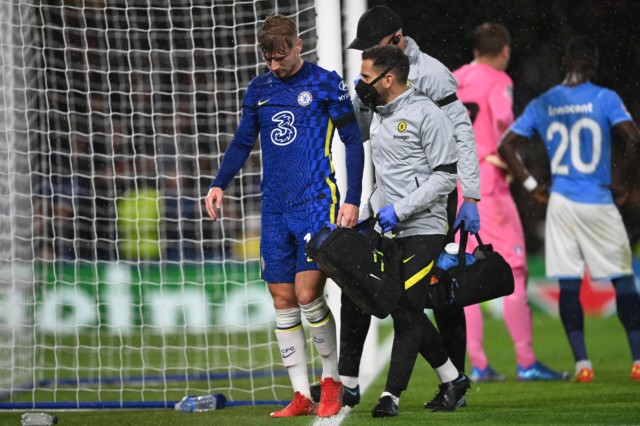 Tuchel will have everything crossed his forwards’ knocks are not too serious with the Blues going strong in their quest to win a first Premier League title since 2016-17.

Chelsea are currently top of the standings after eight games – leading Liverpool by one point.

In the summer, many believed the West Londoners were just an elite centre-forward away from challenging for the biggest major domestic honour.

But Lukaku has largely struggled since completing his £97.5million return.

The Belgian hasn’t scored for the Blues in over a month, when he netted the winner against Zenit St Petersburg in the Champions League.

Tuchel has claimed Lukaku is simply ‘mentally tired’ having been ‘overplayed’.

But Italy legend Antonio Cassano reckons the striker is simply a poor fit for the Blues.

Werner, meanwhile, has scored just twice all season – one in the Carabao Cup penalty shootout win over Aston Villa and the other against Southampton in the Prem.