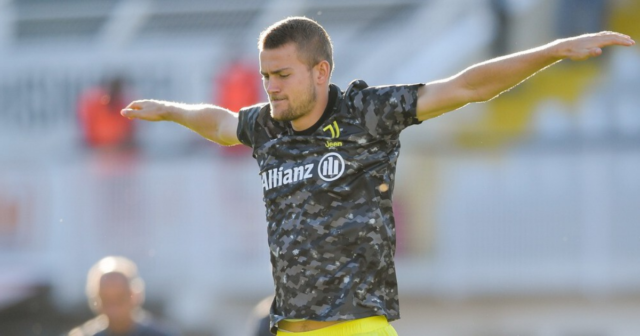 Blues boss Thomas Tuchel is looking for defensive reinforcements despite enjoying Champions League glory in May.

His top target was Jules Kounde but Sevilla held firm and eventually priced the French international out of a move to Stamford Bridge.

That left Andreas Christensen, Thiago Silva and Antonio Rudiger as first-choice centre-backs at Chelsea this term and all three have shone.

Tuchel’s men have conceded just once – a penalty against Liverpool – and have kept five clean sheets out of their six games.

However, the German coach still looks set to push ahead with his pursuit of a new defender with all three of the above becoming free agents in June.

According to Calciomercato, Chelsea are ‘very interested’ in former Ajax ace De Ligt as a potential replacement.

And the report states that they have put him at the top of their transfer wishlist for next season.

The Netherlands international, 22, moved to Turin in 2019 but he has a release clause of £103m included in his package.

That becomes active at the end of the current campaign and could ignite the Blues into action.

Although the Bianconeri are hoping to secure De Ligt’s long-term future by offering him a new contract to fend off interest from Chelsea.

The star does not seem to be too deterred by the speculation as he scored the crucial goal to seal a 3-2 win for Juventus at Spezia last night in Serie A.