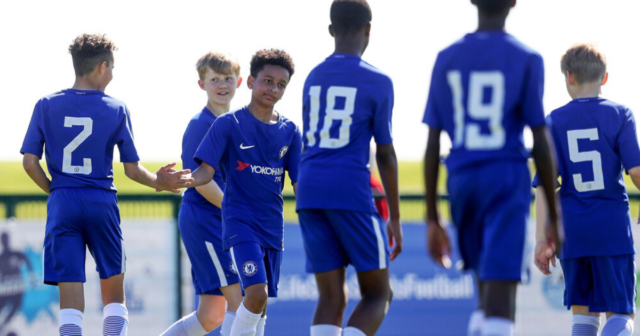 The 16-year-old attacking midfielder has spent the last week training with the Bundesliga champions’ Under-17s side.

Youngster Soglo is keen to move to Bayern Munich this summer

And after impressing the coaches there, he has now been elevated to the Under-19s as Bayern grow keen to complete the transfer.

Soglo is a versatile midfielder who can play as a No10 or as a deep-lying playmaker.

The creative left-footed youngster can also be deployed on the wing.

Goal are reporting that Bayern are hoping to complete a deal for Soglo in the same way they acquired Jamal Musiala last season.

Musiala, 18, left Chelsea to join up with the German giants and has thrived since arriving in Munich.

The Stuttgart-born midfielder has made an instant impact in the Bundesliga, playing 37 times and scoring seven goals in the 2020-21 campaign.

Musiala’s steep rise also caught the attention of former German national team coach Joachim Low, who named him in his squad for Euro 2020.

Bayern have recently had a re-shuffle in their scouting network as former chief scout Marco Neppe was promoted to technical director.

And one of his first moves was to bring Florian Zahn, an ex-Chelsea scout, to the club.

German sides have made a habit of developing young players who grew up in the English academy system.

Borussia Dortmund have signed both Jadon Sancho and Jude Bellingham in recent years, with the pair flourishing under the club’s guidance.