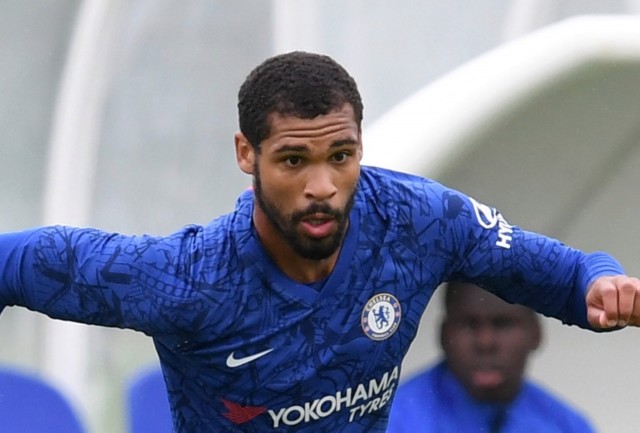 RUBEN LOFTUS-CHEEK and Billy Gilmour both bagged a brace as Chelsea romped past Queens Park Rangers on Sunday.

A thumping 7-1 scoreline made it two from two for Frank Lampard’s side ahead of their return to Premier League action.

Goals from Mason Mount, Willian and Olivier Giroud made for a strong showing with Chelsea having already beaten Reading in the week.

Leading 4-1 at the break, Loftus-Cheek rounded off his double in the second-half before Gilmour notched twice.

Still yet to score for his club, the young Scot will hope to continue building on the form he showed ahead of the coronavirus break.

There were rave reviews for Gilmour’s displays in the wins over Liverpool and Everton although he is unlikely to start when Chelsea get back to action at Aston Villa in a week’s time.

Likewise, Loftus-Cheek may find his pre-restart form can only earn himself a spot on the bench after over a year out.

Jorginho and N’Golo Kante are expected to be back for the Sunday afternoon kick-off, the Frenchman having returned late to training following the game’s shutdown.

And he continued to build his fitness with a start against QPR at Stamford Bridge, with the game played behind closed doors.

Lampard will be pleased to have so far avoided a worrying slip like the ones experienced by his rivals in the past few days.

Manchester United tied a two-game friendly with West Brom after Arsenal were beaten at home by Brentford, with Tottenham losing to Norwich.

When play resumes, fourth-placed Chelsea will have a three-point advantage over United.

Did you miss our previous article…
https://www.sportingexcitement.com/football/premier-league/ex-chelsea-striker-costa-holds-up-atletico-shirt-in-moving-tribute-to-womens-star-who-had-brain-surgery