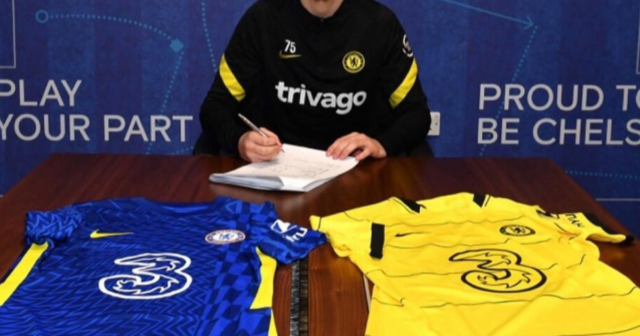 CHELSEA have completed the signing of Derby left-back Dylan Williams for an undisclosed fee.

The Blues have added the 18-year-old wonderkid to a depleted squad, with the belief he can add cover in the wing-back spot for long-term absentee Ben Chilwell.

It is a move that completes a remarkable rise for the teenager, who only made his debut for the Rams in 2021 aged 16 in a FA Cup tie against Chorley.

Since then, he has appeared in Wayne Rooney’s first team and earned rave reviews.

It was with Rooney’s blessing that Williams signed a deal with the West London giants, who couldn’t stand in the way of the youngster’s Premier League dream.

But his story didn’t begin Derby… it started initially in the Black Country.

Explosive defender Williams was on the books at Wolves and developed at their academy, before moving to Derby in 2020.

In his first year at Moor Farm the teenager turned heads for his pace and versatility. 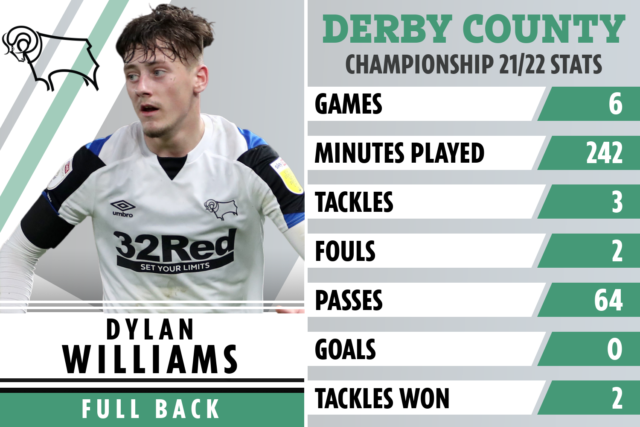 He linked up with the U18 side, starring in wins over Sunderland, Middlesbrough, and Blackburn.

Within months, he was promoted to the U23’s where he continued to develop and became a regular.

Williams particularly impressed in matches against Premier League 2 academy teams Leicester City and Manchester United, which made Rooney sit up and take note.

A first team debut was imminent.

When Derby County’s squad was decimated by a coronavirus outbreak last season, fourteen players from the club’s academy were forced to make their debut against Chorley in the FA Cup third round.

It was no surprise the game ended in a defeat for the inexperienced Championship side, losing 2-0 to the minnows.

But, it did give Williams blooding into the first team.

And he was one of the few that did impress, not giving up until the final whistle after being thrown in at the deep end. 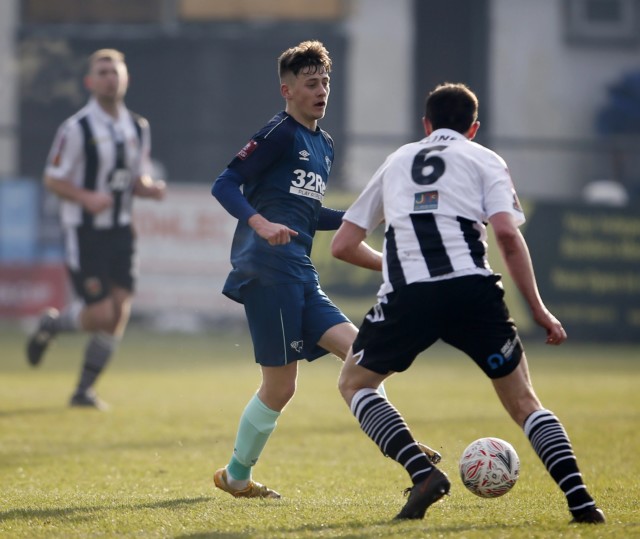 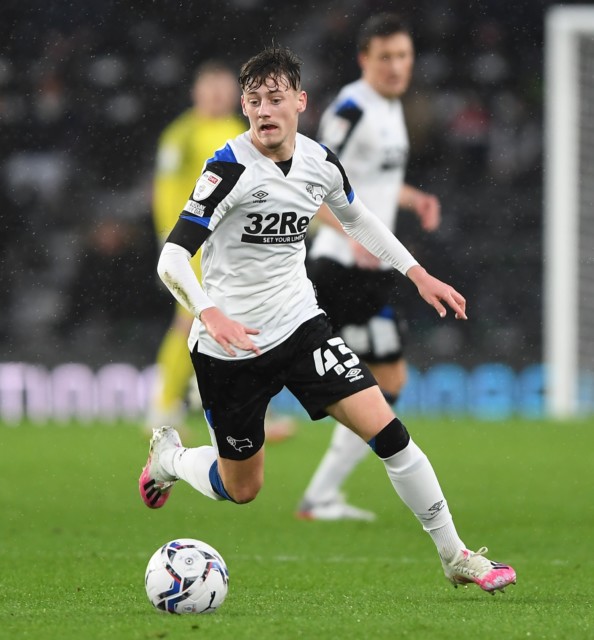 He made his second appearance in the Carabao Cup tie against Salford City that Derby won 5-3 on penalties after a thrilling 3-3 draw.

Fans were certainly impressed by his performance, commenting on social media how he had grown into the game and wasn’t scared of bombing forward.

Williams went on to appear a further seven times in the first team.

At a press conference before the Rams faced off against Nottingham Forest, Derby boss Rooney addressed the speculation about the future of Williams.

The England legend admitted the club were in talks with a Premier League giant who wanted to buy him.

Rooney revealed he spoke with Williams and made the decision for the club to allow his talent to pursue a dream opportunity.

“We have agreed a fee with a Premier League club, still getting finalised as we speak, for Dylan Williams,” Rooney said.

“It is one where I felt I couldn’t deny him the opportunity, so that is my decision, not an administrator’s decision.

“It was my decision after speaking to the player, I felt I couldn’t deny a young lad an opportunity of going to play in the Premier League.

“I actually don’t know what the fee is, that has been agreed between the other club and the administrators.

“I took control of it and said I wanted to speak to the player and see what his feelings are, and it is a massive opportunity for the player, which I understand.

“Hence the fact I was happy for him to leave the club for a new venture somewhere else.”

Williams is now expected to link up with Chelsea’s academy teams, where he will familiarise himself with the superb Cobham facilities. 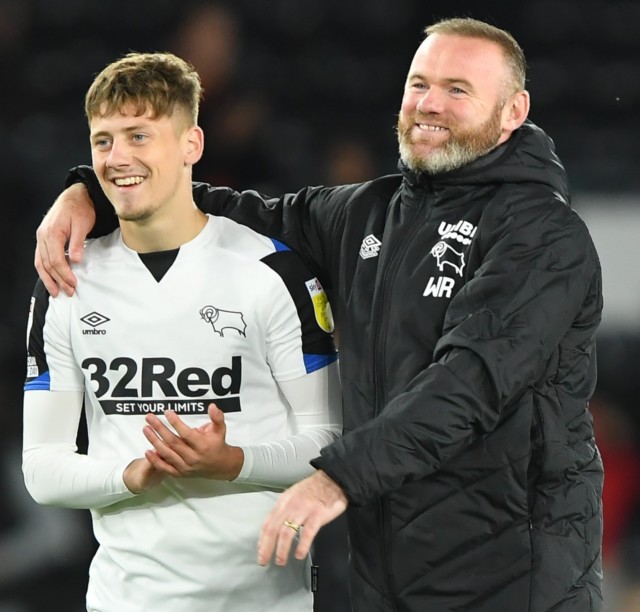 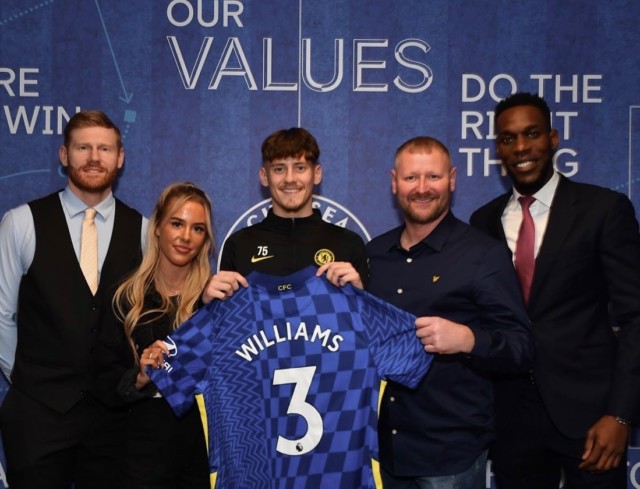 Williams is expected to be blooded into Chelsea’s academy teams

And he took to social media to document his next chapter.

“Wow. I am absolutely delighted to have signed for one of the biggest clubs in the world,” he wrote on Instagram.

“Thank you so much for everything the staff and players have done at Derby County. I cannot wait to get started at Chelsea.”