Chelsea verdict: Thiago Silva, 36, rolled back the years for Chelsea and showed energy and desire of a 25-year-old
Advertisement 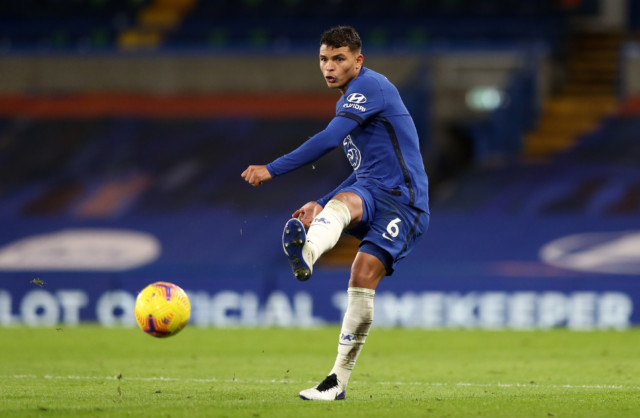 THE score line will often not always tell the whole story, and this was certainly the case for Chelsea’s 3-0 win over West Ham.

Frank Lampard’s side will rightfully celebrate a thrashing, but the bottom-line is the result was harsh on David Moyes’ side.

Thiago Silva has rolled back the years for Chelsea

Chelsea needed these three points badly after losing two on the trot and right ahead of a busy Christmas period.

But, if it wasn’t for two late goals gifted to Tammy Abraham by a miss-hit from Timo Werner, and a goalkeeping error, Chelsea would have remained a nervous looking outfit right up until the final whistle only being 1-0 up.

West Ham were well in the game until the last 15 minutes and often controlled periods of the match, taking advantage of an anxious Chelsea.

But the Blues got the job done and credit must be given to them for getting all three points and keeping a clean-sheet.

A lot of this was because of veteran centre back Thiago Silva, who rolled back the years again for Chelsea.

The 36-year-old was fantastic at the back for Chelsea and put in a Man of the Match performance.

He showed the energy and desire of a 25-year-old player hitting the peak of his career.

And, if it wasn’t for him tonight, his composure on the ball, being so colossal at the back, and getting that all important first goal for Chelsea, then Frank Lampard and his players may well be spending Christmas in pure sadness.

Brazilian Silva scored a bullet header to open the scoring

Silva is mixing with players ten years his junior, but he proved that he is still one of the best around tonight, and was certainly the best on the pitch.

He has become just as important to Chelsea as any other player new or old, and he has proven that Lampard cannot afford to rest him often.

But we know he will need to, even the machine monster that is Thiago Silva will need to rest and to be managed, but it concerns you as a Chelsea fan when he will be rested.

He knew how badly Chelsea needed those three points tonight, and you could see in his celebration when he scored the opening goal just how much it meant to him and how much they needed that win.

The rest of the game stayed edgy until Abraham’s goals, but the Blues will feel much better tonight going back into the top five right before Christmas.

Did you miss our previous article…
https://www.sportingexcitement.com/football/premier-league/arsenal-vs-man-city-live-stream-tv-channel-team-news-and-kick-off-time-for-huge-carabao-cup-quarter-final-tie