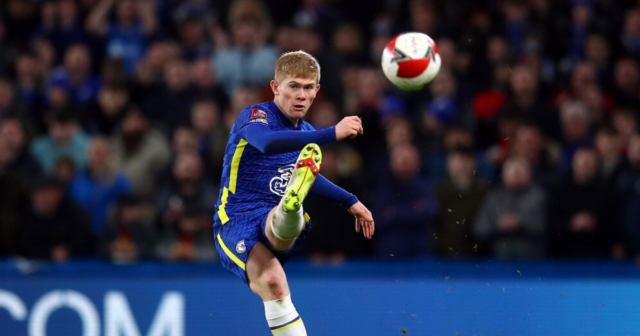 CHELSEA clash with Plymouth Argyle in the FA Cup Fourth Round, after hammering Chesterfield in the Third Round 5-1 at Stamford Bridge.

The European champions will have their eyes set on more silverware this season, in the form of the FA Cup, as they look to be out of the Premier League title race.

Lewis Hall shone as Chelsea thrashed Chesterfield in the last round.

Thomas Tuchel‘s Blues take on Plymouth who are just outside the play-off places in League One and will be seeking promotion to the Championship this season.

Chelsea play at the Club World Cup mid-week, so will likely rest a lot of first team players, as Plymouth could look to take advantage of a youthful blues defence.

What time does Chelsea VS Plymouth kick-off?

What TV channel is it on and can it be live-streamed?

Can I watch it for FREE?

Edouard Mendy is unavailable after making the AFCON final with Senegal, but Andreas Christiansen could be bought back into the fold after he had COVID-19.

German duo Timo Werner and Kai Havertz could be handed rare starts, with Lukaku struggling for form in recent games.

The blues are still missing their two first choice full-backs in Reece James and Ben Chilwell, which could see Lewis Hall handed the chance to shine again.

January loan signing Steven Sessegnon from Fulham could feature, with Danny Mayor returning to fitness against Doncaster last time out.