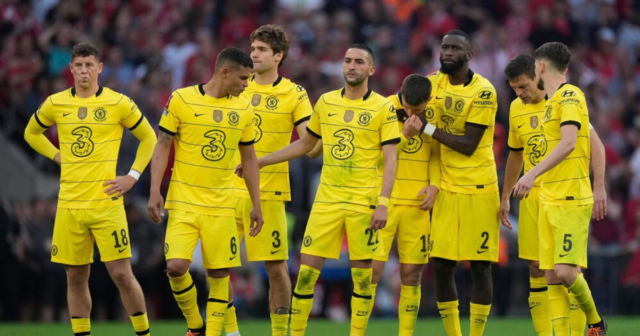 CHELSEA go into their final game of the season against Watford THIS SUNDAY under no pressure whatsoever.

The Blues have endured a rollercoaster of a campaign – and one they’ll want to forget in a hurry.

Thomas Tuchel’s men were pipped to both the Carabao Cup and FA Cup by Liverpool.

And at one stage, the West London outfit looked as if they could miss out on a Champions League spot despite being in the top four all campaign.

However, Arsenal’s loss to Newcastle cemented CL qualification for the Blues which gives Tuchel the freedom to approach this game against Championship-bound Hornets, anyhow he chooses.

What time does Chelsea vs Watford kick off?

What TV channel is Chelsea vs Watford on and can I live stream it?

Did you miss our previous article…
https://www.sportingexcitement.com/football/premier-league/their-careers-are-over-messi-and-ronaldo-should-have-been-smarter-by-playing-in-easier-leagues-says-anelka/