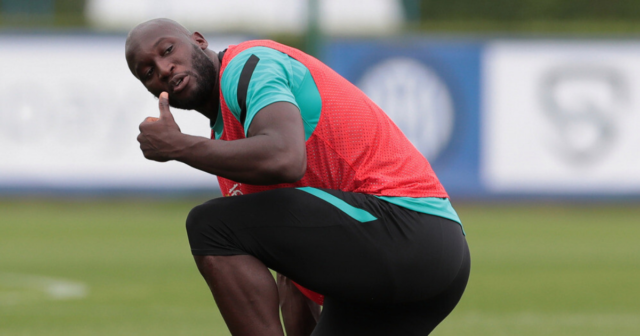 CHELSEA’s pursuit of Romelu Lukaku has been given a huge boost with Inter Milan reportedly ready to accept £100million for the star.

The Serie A giants don’t want to get rid of Lukaku and are only willing to do so in a bid to raise some cash, according to the Metro.

The Nerazzurri have already slapped down two of the Blues previous offers for the star, one which consisted of £86m plus Marcos Alonso.

The West Londoners are keen to secure his signature before the start of the new season and will stop at nothing to do so.

According to The Express, Lukaku will receive a whopping £12.8m a year if he decides to join the Blues.

The Metro also report that Simone Inzaghi’s side are only playing hardball in the negotiations with Chelsea in order for them to meet their hefty valuation for the Belgian hitman.

In February, it was reported that Inter desperately needed to raise £146m in funding as they were in financial turmoil.

The club’s major shareholders, Chinese firm Suning Holdings were said to be experiencing mounting debt problems back home which were affecting the Serie A champs.

In order to raise some cash, the San Siro outfit flogged Achraf Hakimi to Paris Saint-Germain for £59m last month.

The defender, who Chelsea were also interested in, penned a five-year deal with the French giants.

And if Lukuka returns to Stamford Bridge after his ill-fated three-year spell there from 2011-2014, it’s likely Inter will be able to keep hold of their prized-asset Lautaro Martinez.

The 23-year-old pledged his future to the club in February after coming close to joining Barcelona the previous year.

Did you miss our previous article…
https://www.sportingexcitement.com/football/premier-league/jack-grealish-could-make-man-city-debut-on-saturday-against-aston-villa-rivals-leicester-in-community-shield

In this article:chelsea, Leicester, stamford bridge