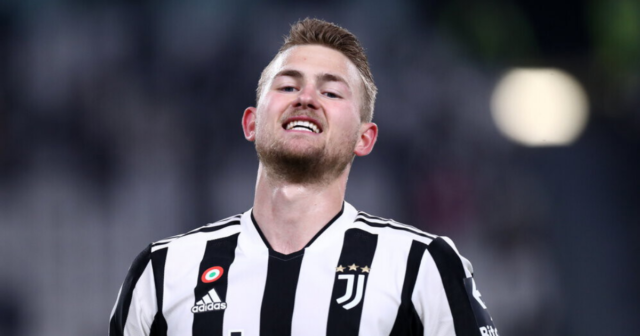 CHELSEA are reportedly happy to go all out in their pursuit of Juventus defender Matthijs de Ligt in the summer.

But he has struggled to live up to that price tag in Italy and could now be on his way out the door at the end of the season.

According to La Repubblica via Sport Witness, Bayern Munich and Barcelona are both interested in the Dutchman.

But Chelsea are also monitoring the situation and are “willing to go crazy” to secure his services.

The asking price for De Ligt – who is represented by super-agent Mino Raiola – has been set at £54m.

He has made 97 appearances for Juventus since joining them two and a half years ago.

In that time he has won the Serie A title and Coppa Italia.

But he may be a more valuable asset at Stamford Bridge given the potential exodus of centre-backs in Thomas Tuchel’s squad.

Antonio Rudiger, Andreas Christensen and club captain Cesar Azpilicueta are all set to see their Chelsea contracts expire in the summer.

The trio are continuing to wait on a suitable deal from the Blues as director Marina Granovskaia weighs up the pros and cons of keeping them.

Rudiger has been linked with a move to Real Madrid.

Christensen is being eyed up by Barcelona, Atletico Madrid and Borussia Dortmund.

And Azpilicueta is also said to be on the radar of Barca boss Xavi if he does not agree a new deal with Chelsea.

Chelsea have struggled in recent weeks as their Premier League title challenge looks to have come to a rather abrupt end.

Tuchel’s side have drawn five of their last seven league matches and fallen 12 points behind defending champions Manchester City.

However, they are in the final of the Carabao Cup, fourth round of the FA Cup and last 16 of the Champions League.