Chelsea youth coach Neil Bath is the man behind club’s academy, and has developed £500 million worth of amazing talent
Advertisement 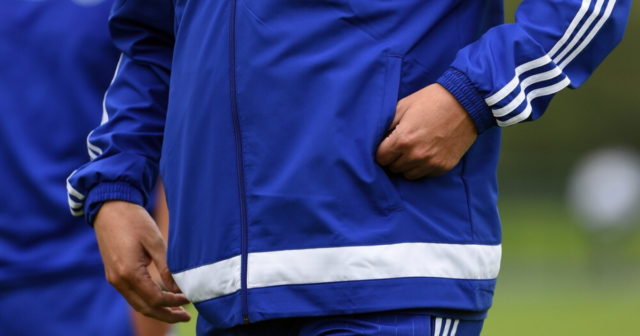 IN 2004, after 12 years with the club, Chelsea named Neil Bath as their academy director.

Little did anyone know at that time, if you fast-forward 17 years, the fruits of his labours would be dominating the football landscape in England and overseas.

When the die-hard Blues fan, now 55, was installed in his new position he set about completely restructuring the West Londoner’s youth programme – with a greater emphasis on procuring and developing the best talent in London and the South-East.

In the last year, the likes of Porto slayer Mason Mount, Tammy Abraham, Reece James, Callum Hudson-Odoi have been testament to his work – heralding a new dawn in the Chelsea first team of talented youngsters.

While another Bath protege, Andreas Christensen made his 100th appearance in a Chelsea shirt in the FA Cup fifth round tie against Barnsley – the first academy graduate since John Terry to achieve that feat.

And just as impressive are the ones who the club let go, including Declan Rice, Nathan Ake, Ryan Bertrand, Tariq Lamptey and more. 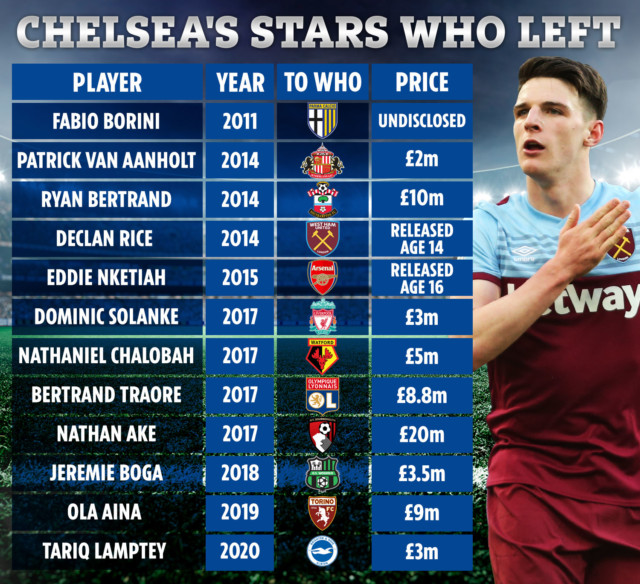 However, taking into account Hudson-Odoi was once subject to a £70million bid from Bayern Munich in 2020, the transfer fees could be at least double those suggested figures.

All in all, through the years, SunSport believes Bath has remarkably overseen the development – on and off the pitch – of around £500million worth of football talent.

His former students queued up to pay their tributes to the man who moulded them into the players they are today for a clip on Chelsea TV. 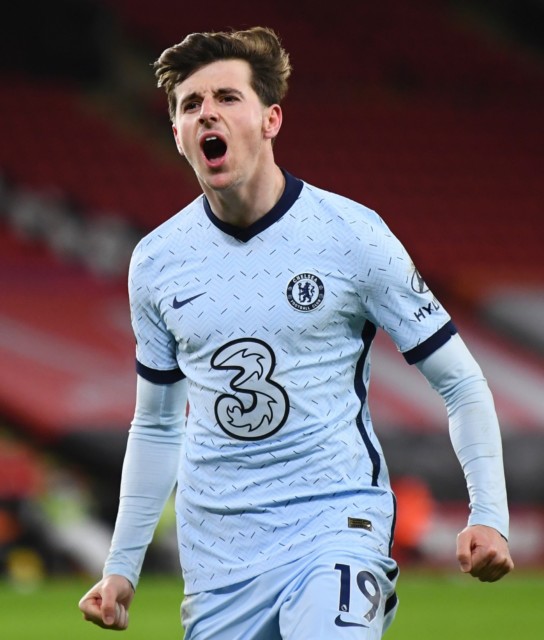 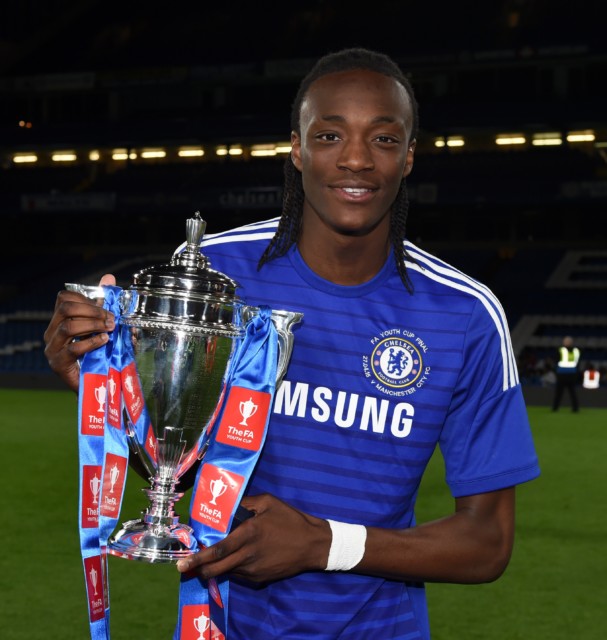 Tammy Abraham, lifting the FA Youth Cup, revealed his years working with Bath were the “best of his life”

Mason Mount was one of the many graduates who shared his gratitude for his former coach. “I have nothing but praise to say about Neil,” he said.

“He’s an inspiration to us all – all the academy players coming through.

“I started in the academy when I was six-years-old and he helped me so much.

“The way the academy is set up, the way we work, when we’re younger it puts us in the right mould to push us and keep getting better and better.

“The winning mentality that he brings, it shows in every game we try to play and try to win, and it shows in the youth academy with how many trophies we’ve won.”

While Tammy Abraham revealed his days working with Bath were the “best years of his life”.

“He’s shown so much belief in the young lads and myself, and that’s what drew me to Chelsea,” he divulged. 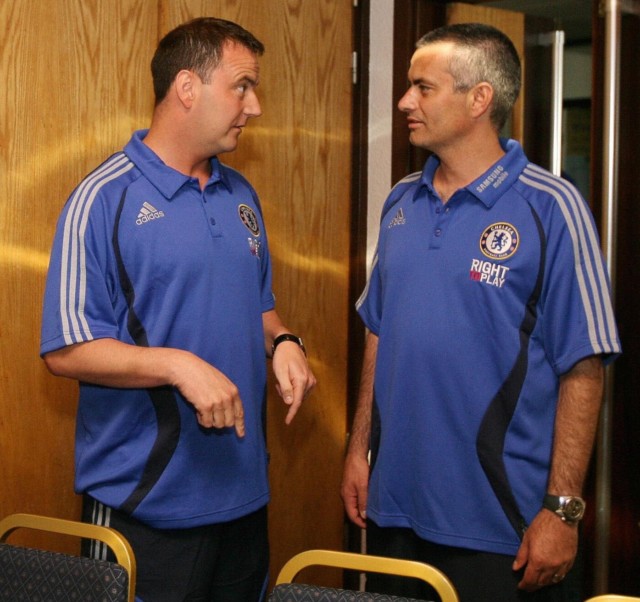 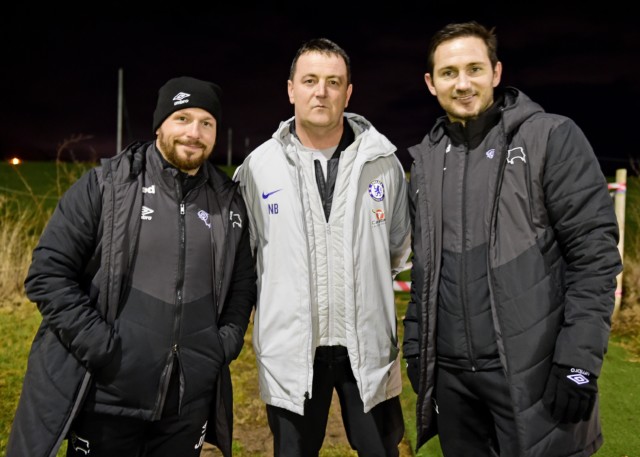 ‘What they are doing at the academy is an amazing job, there’s nothing like it.

“Them years I had in the academy were probably the best years of my life.”

15 YEARS IN THE MAKING

From the offset, Bath, who began working for Chelsea in 1992 as a part-time schoolboys’ coach, focused on developing Premier League talent, once a significant investment was made into the academy.

In the exciting revamp, the club relocated its youth and first-team training facilities from Harlington to Cobham.

“It’s what we’ve been working towards for 15 years since we restructured the Academy in 2004,” he said.

“We’ve always been very clear that our job is not really to win youth trophies year after year, but to develop and produce Chelsea and Premier League players.”

Bath added: “We have to set our ambitions high because we want to be the best football academy in the world and the number one choice for players and parents.” 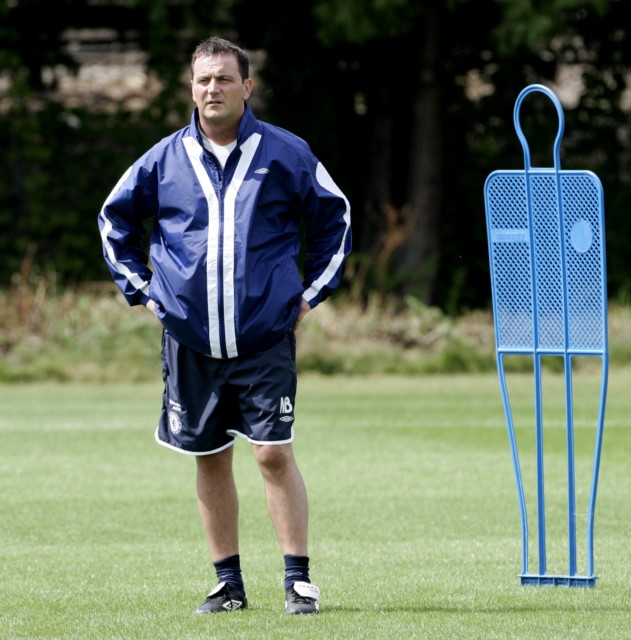 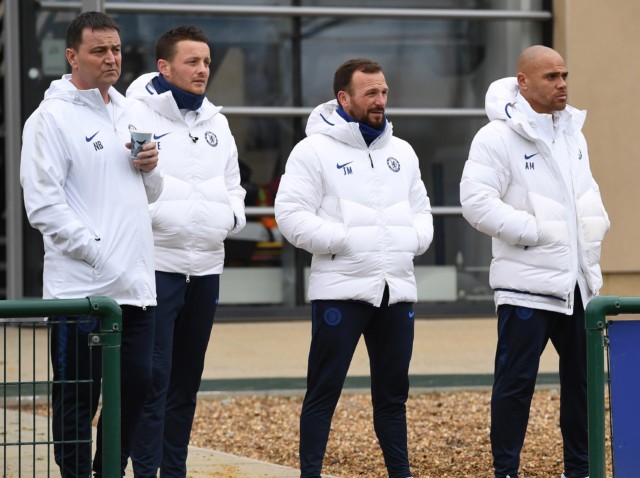 Bath oversees everything at the academy, here standing with Joe Edwards, ex-assistant manager Jody Morris and U23 Manager Andy Myers

PROOF IS IN THE WINNING

Turning rough diamonds into winners is, perhaps, the hardest thing to do in youth football.

But since 2010, Chelsea have proved their academy to be, if not the best, one of the most successful in world football.

They’ve won the FA Youth Cup an astonishing seven times during that period, including five in a row from 2014 – equalling the record of the infamous Busby Babes of Manchester United that stood for 50 years.

Their U18s have been national champions twice and southern champions four times. 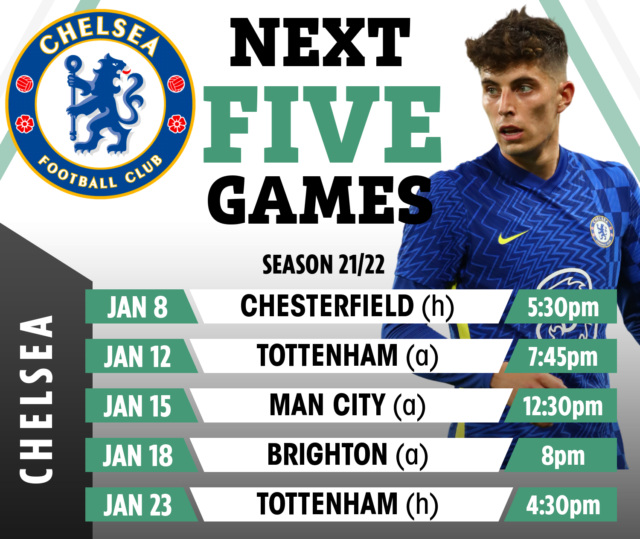 While on the European stage, the kids have won the Uefa Youth League twice.

But it’s not all about making first class footballers. Developing the boy into a respectful and educated man is also part of the process.

Bath has spoken in the past how he and his assistant Jim Fraser understand the importance of that.

“We’re currently the reigning Premier League champions from Under-13 to U16, which is a really positive sign,” he said in 2019, “and we’ve just achieved our best-ever GCSE results. 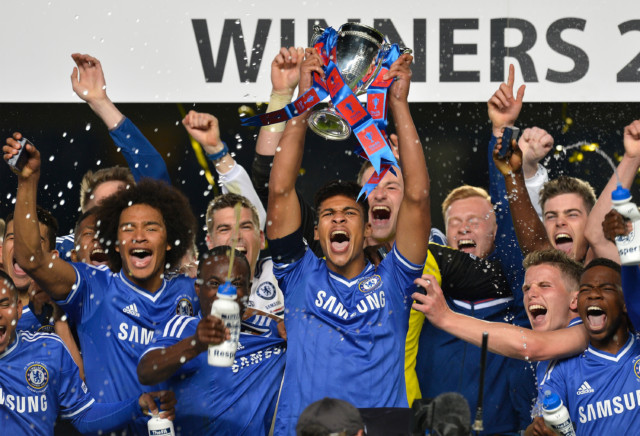 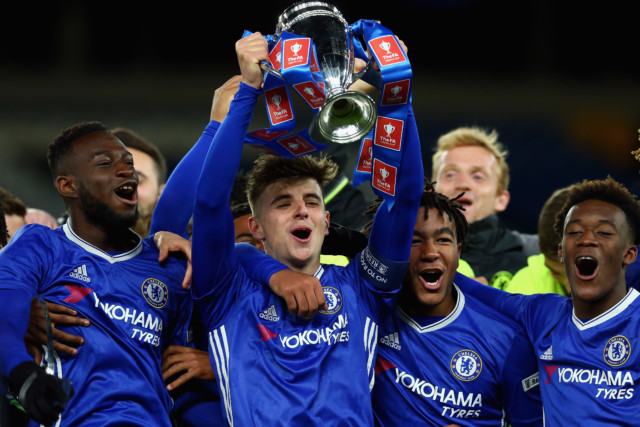 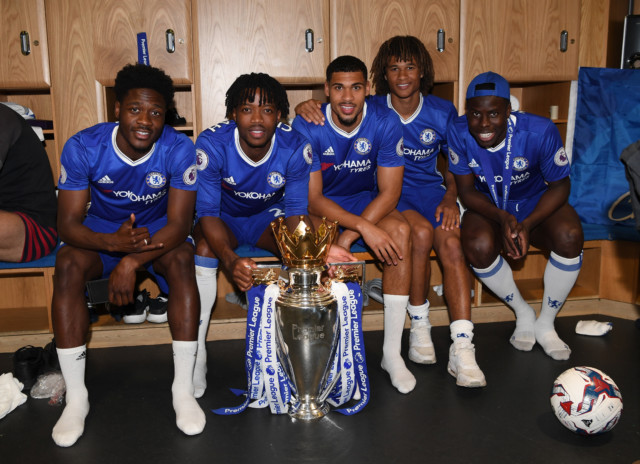 “We need to make sure these boys have all the characteristics and attributes, as footballers and as young men, to follow the likes of Ruben, Mason, Fikayo and Tammy.

“When first-team coaching staff speak so highly about them as people, how they are humble and respectful, how they work so hard every day and set the standards in training, that’s also incredibly nice to hear and reinforces the culture we have built.”

THE ONES THAT GOT AWAY

Of course, not every young player is going to make it – that is the harsh reality of football.

For every Mount, Loftus-Cheek, Abraham or Christensen there’s a Declan Rice, Eddie Nketiah, Tariq Lamptey and Nathan Ake that had to prove their worth elsewhere, and who would now command huge transfer fees.

But perhaps the biggest star who slipped through the net was Kylian Mbappe.

In 2012, the French superstar, then 13, was invited for a trial to Cobham. However, when he was asked to return for another trial, his mum refused point black.

Daniel Boga, who worked as an international scout at Chelsea until 2014, explained to Goal: “He took a trial and didn’t end up convincing us because he didn’t offer enough defensively.

“So, they asked his mother if he could come back for a second trial and she said no.”

Mbappe was playing at a small club in the suburbs of Paris called Bondy at that time, and his mum Fayza believed he was destined for the top. 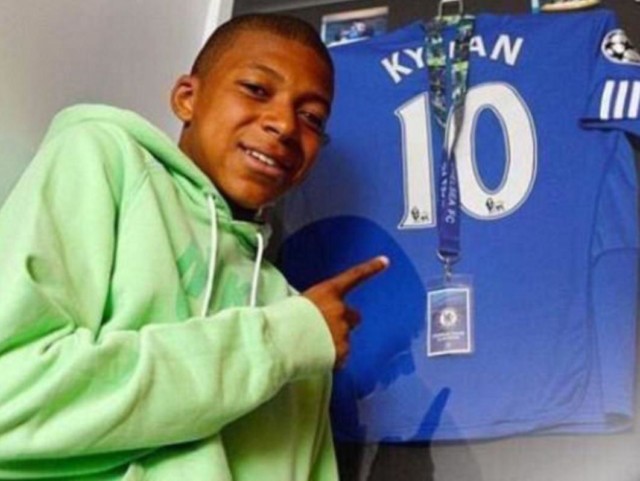 Kylian Mbappe was on trial at Chelsea, but didn’t impress Blues coaches 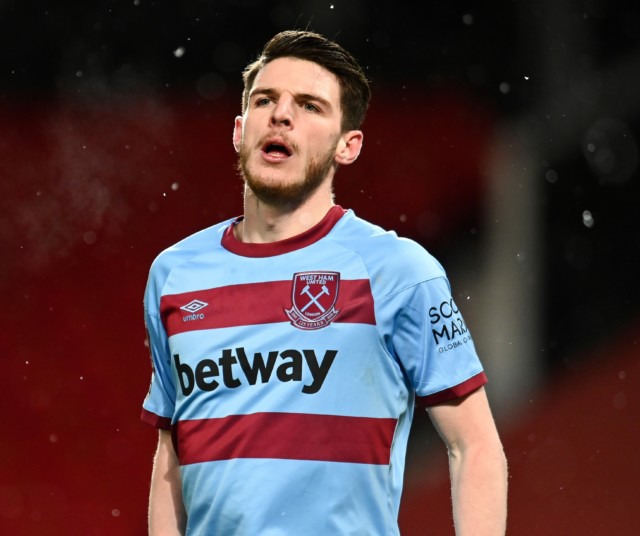 “My son will not go back, either they sign him now or within five years they’ll have to offer 50 million euros to tie him down,” she said as per Boga.

The reason for Chelsea’s reluctance to sign Mbappe on the spot was that they didn’t see enough quality in him when he wasn’t with the ball.

“Defensively, he wasn’t quite there,” Boga said.

It goes to show, you have to do more to impress Bath and his team to get your chance to learn at this fame academy.