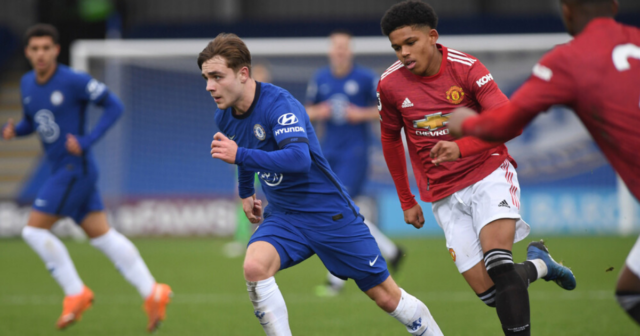 BRIGHTON are reportedly on the verge of signing Tino Livramento from Chelsea.

The 18-year-old is one of a number of Blues youngsters nearing permanent transfers away from the club.

According to Goal, Brighton are soon expected to complete a deal for the player who won Chelsea’s Academy Player of the Season gong.

Livramento, who can play on the right side of defence or midfield, is said to have rejected offers of a new contract to stay at Stamford Bridge.

Ahead of his existing deal expiring in a year’s time, Chelsea have failed to convince the England youth international that he will be given first-team opportunities.

Livramento was called up to Thomas Tuchel’s bench for two matches last season, but is yet to make his senior debut.

It is said that Leeds have agreed a £1.5m deal for the 18-year-old, again with the promise of a quicker elevation to the first-team.

The Yorkshire club would owe the Blues bonuses based on league appearances and a future sell-on fee, if the deal goes through.

Ike Ugbo, 22, could join the departing youngsters after agreeing personal terms with Belgian side Genk.

Brentford are reportedly on the verge of a deal for Myles Peart-Harris, 18, the midfielder who scored 18 goals for Chelsea’s youth teams last season.

And Dynel Simeu, 19, is also said to be nearing a move to a Premier League rival.

Chelsea are gathering funds for a huge move for Erling Haaland, which could cost as much as £150m.

Fikayo Tomori, Olivier Giroud, Marc Guehi Victor Moses and Pierre Ekwah-Elimby have all left for a combined £55m this summer.

Tammy Abraham could be about to join them after SunSport revealed Arsenal’s swoop for a loan switch and subsequent £40m transfer.