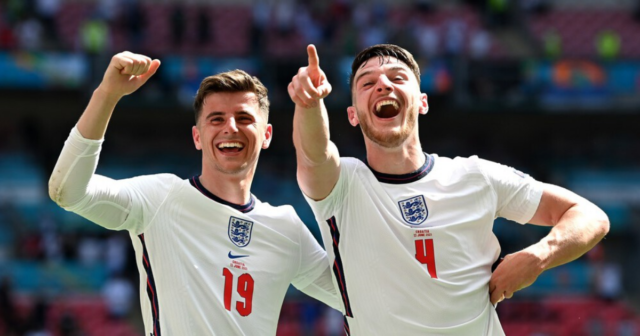 MASON MOUNT has ripped into Declan Rice’s dancing as he labelled the West Ham ace as the ‘stiffest guy’.

The Chelsea midfielder has poked fun at his close pal’s moves as he joked there is no comparison between the two.

Mount, 22, was speaking on Football Focus where he was asked by a child who is the better dancer out of him and his friend.

To which the England international said: “That is not even a question.

“That is me by far. My name and his name should not even be in the same sentence if you’re talking about dancing.

“The stiffest guy. No moves. I hope you don’t ask me to show mine now!”

Mount and Rice boast one of football’s biggest bromances after the pair met at Chelsea’s academy.

And despite Rice being released by the Blues aged 14, the duo have remained inseparable, with the pair going on holiday with each other after Euro 2020.

Rice has since earned cult status at the London Stadium with the Hammers where he proved influential in the club finishing sixth last season.

His fine form has seen him linked with a move to Manchester United, who are keen to bring him and Erling Haaland to Old Trafford.

But the player has stated he couldn’t be happier in East London, despite rejecting two contract offers from West Ham.

Mount meanwhile is back fit for Chelsea following an injury and is in contention to feature against Southampton on Saturday.

After two Premier League games out, boss Thomas Tuchel has declared he is happy to see him return to action.

He remarked: “Mason is in the squad, Mason is back, it was not a long injury, was a minor injury, and we’re happy that he’s back.”

Before adding: “We need to be careful. He had a rough time at Tottenham. It is not time on single players. We of course miss Mason.

“But we cannot start reducing our performances on looking at the players who are missing. 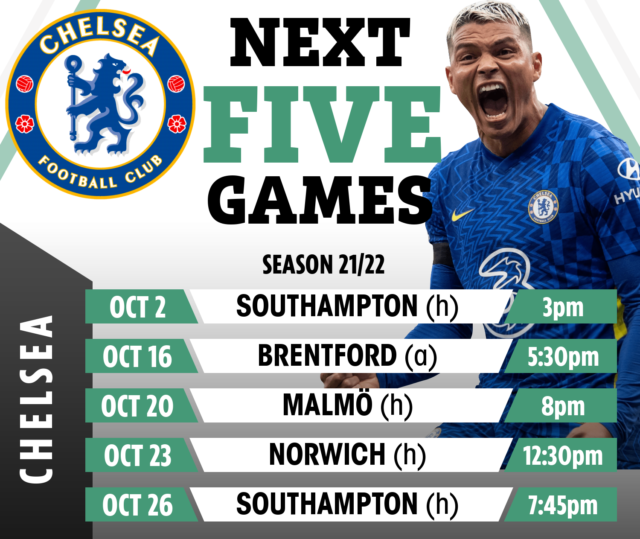 ‘The whole team missed [N’Golo] Kante and Mason, of course that’s why he plays. Reece James too? Yes of course. [Christian] Pulisic? Of course we miss [his] sprints and intensity.

“We have a squad and the duty, for me as a coach, to find solutions. It is possible to win games with Mason Mount and hopefully, he knows how much I respect and love him and want him to be in the team.

“But if he’s injured we need to win games without him and it’s exactly the same with N’Golo, Pulisic and Reece James.”