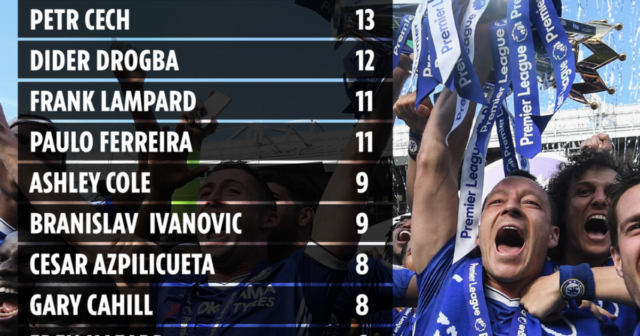 CESAR AZPILICUETA looks set to leave Chelsea at the end of the season – and if he does, he’ll go down in history a club legend.

The club captain, 32, has been at Stamford Bridge for a decade and won EIGHT major trophies in that time.

The man affectionately known as ‘Dave’ has helped the club win two Premier League titles since joining from Marseille in 2012.

The defender topped up his personal trophy haul to eight with the Super Cup win over Villarreal in August.

Azpilicueta sits joint-eighth in the list of Chelsea’s most-decorated stars in history, level with Gary Cahill.

The 36-cap Spain star won’t be bringing down his Blues career in the top spot, though – with ‘captain, leader, legend’ John Terry sitting at the summit on 15 major trophies.

But Azpilicueta can draw level with Ashley Cole and Branislav Ivanovic on nine trophies if he wins the Club World Cup this week.

And the Spaniard has more reason than most to want to lift the crown in Dubai having missed out on the trophy a decade ago, when Chelsea lost the final to Corinthians midway through his debut season at the club.

To date, the Club World Cup is the only major trophy Chelsea have not won.

And Azpilicueta is seeking redemption in what looks to be his final season at the club, with a free transfer to Barcelona this summer looking likely.

Azpilicueta said: “It is very difficult to win this kind of tournament.

“I think after ten years I realise how difficult it is. We lost the final against Corinthians (in 2012) and maybe I had a different feeling.

“It was my first season, we were in every competition, and maybe it looked easier than it was. In time you realise how difficult it is.

“First of all you have to qualify for the Champions League, then go all the way and win that, just to be here. So we have to make the most of it.

“Losing in 2012 hurt a lot and this is the only competition the club hasn’t won.

“To win it for the first time for the club would be huge. We have to give everything we have on the pitch.

“It has great meaning for everybody, and we are representing Europe.” 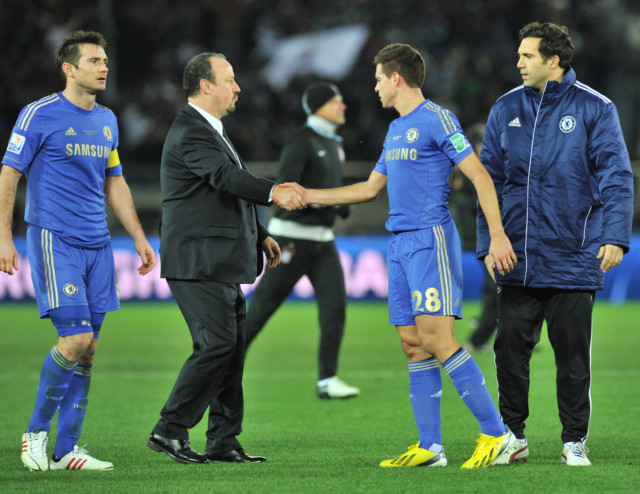 Chelsea legend Azpilicueta refuses to look beyond this season, either – confessing he is completely focused on the Club World Cup for now.

Azpilicueta revealed: “My future is not the most important thing right now, my main target is to win the trophy and then we will see what happens with my future.

“I think everyone is trying to create their own history within the history of the club.

“Through the years we’ve seen many, many world-class players, managers and everybody at the club try to help increase the trophy cabinet of this club.

“And we are part of that now. So when the time arrives you want to make the most of it.

“It’s true we have our own opportunity to create history and to win a trophy nobody has won at Chelsea. Hopefully we’ll be the ones to do it.”