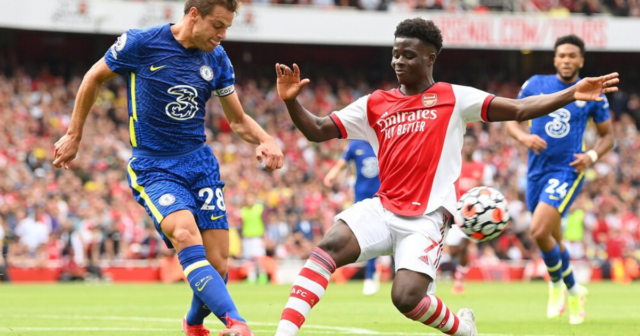 CHELSEA are facing a fixture pile-up after the Fifa Club World Cup dates were announced.

Thomas Tuchel will take his team to the United Arab Emirates for the tournament between February 3 and 12.

That means the Blues’ games away at Brighton and at home to Arsenal will have to be rearranged.

Seven clubs will take part in the Club World Cup, the six winners of each confederation’s continental cup and the UAE league champions.

Alongside Chelsea in the tournament will be Al Hilal, Al Ahly, Monterrey, Auckland City, Al Jazira Club and Palmeiras.

The Londoners enter the competition in the semi-finals, on the opposite side of the draw to Copa Libertadores winners Palmeiras.

But German gaffer Tuchel will be more concerned with how their Premier League title challenge will fare.

And it could see them copy what Liverpool did back in 2019.

The Reds won the competition with a 1-0 win over Flamengo in the final, after extra-time.

But such was the stretching of the squad, boss Jurgen Klopp was forced to play the youth team in the Carabao Cup quarter-final against Aston Villa.

So it was no surprise when they were tonked 5-0 by then Villa-boss Dean Smith’s Villans.

Chelsea are still in the rebranded EFL Cup this season, and face an away tie at West London rivals Brentford on Wednesday, December 22 in the quarter-finals.

They are of course through to the knockout stages of the Champions League, and will soon enter into the FA Cup.

On Sunday the Blues maintained their position at the top of the Premier League, but weren’t themselves with a poor 1-1 draw at home to Manchester United.

Did you miss our previous article…
https://www.sportingexcitement.com/football/premier-league/jamie-carragher-changes-twitter-profile-pic-of-hasselbank-laughing-after-roy-keane-row-that-left-neville-in-hysterics