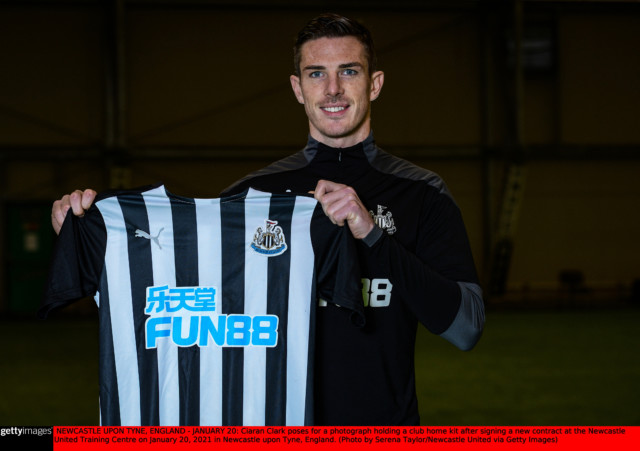 CIARAN CLARK has penned a new two-year contract at Newcastle.

The Republic of Ireland defender has made 103 appearances for the Magpies since signing from Aston Villa in 2016.

Ciaran Clark has signed a new contract at Newcastle United

Having struggled with injuries, Clark, 31, is now one of the first names on the team sheet under Steve Bruce and has started the last 12 games.

Without a win in nine, he hopes the good times are just around the corner – starting with a trip to old club Villa on Saturday.

He said: “To be back playing was the real aim for me, then the contract has followed, so I’m delighted.

“We’ve had a really tough period but we need to forget about those results.

“Things haven’t gone our way but I’m confident we will turn it around.”

Clark came through the academy at Villa after joining the club as an eleven-year-old.

He went on to make 134 league appearances for his boyhood club, before moving to the Toon.