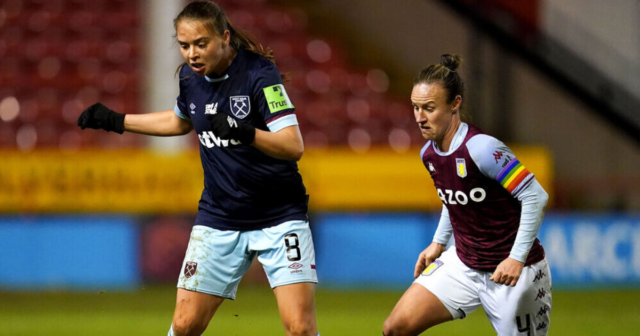 The midfield star took to social media to highlight how strips chosen for both sides could cause visual issues for colour-blind individuals.

And Allen, who is colour blind herself, said the gear selected made her job on the pitch more challenging.

In a post shared with her followers on Twitter, the Villa ace, 31 wrote: “Side note: Would just like to point out the choice selection of kits was ridiculous.

“For somebody who is colour blind it made my job and others on that pitch so much harder.

“That shouldn’t be a factor when we step out on the football pitch!!”

Allen’s argument was also backed by several fans who watched the game on television.

Another said they attempted to watch but “couldn’t keep track” of the action because of the “poor choice” of kit colours.

And one tweeter, who claimed to be a football referee, says players should be allowed to request changes to strips if there is a clash.

The account user named Richard Swaine, who also claimed to be colour blind, wrote it was “outrageous” that a clash between the teams’ strips had occurred.

One in 12 men and one in 200 women worldwide are thought to be colour blind.

In November last year football authorities pledged to look at guidance on kit rules following clashes in strip colours involving two games in the Prem and League One.

Colour-blind match watchers are reported to have been annoyed by strips used in Brighton’s 0-0 Premier League draw with Leeds and a League One fixture involving Plymouth Argyle and Wigan Athletic. 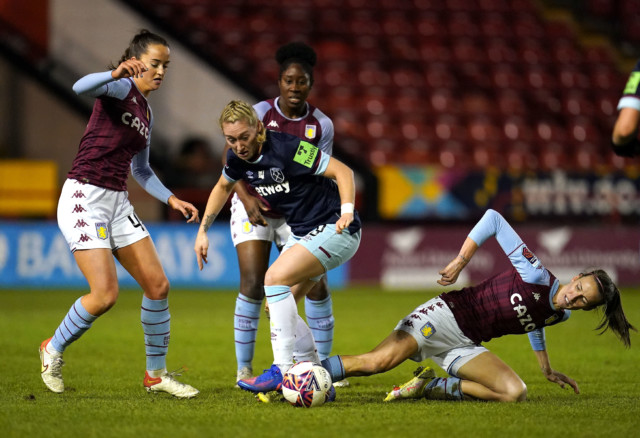